What would happen if you filmed your children’s experiences for 13 years from kindergarten through high school graduation and put it all together to make a film? If you were filmmakers, Joe Brewster and Michèle Stephenson, the result would be a new film called American Promise. This film, which won a Sundance Jury Award, airs nationally on PBS on February 3, 2014. (If you are reading this blog on a mobile device, you will have to click here to view the video directly on YouTube.)

What makes this film so exceptional, is that it chronicles the experience of two middle-class African-American boys and their families as they face academic and social hurdles of attending an elite private school.

Speaking about the film, Brewster states, “It started from a place where we wanted to celebrate diversity. It ultimately became something bigger.”

Michèle Stephenson adds, “It became a story of what are the sacrifices that families make, that we all want the best education for our children. But black boys in particular face different challenges that make that journey and that desire very specific.”

I am eager to see this film and hope that it might serve as a tool for educators to talk about race and its impact on the opportunities and challenges which are unique to our African-American boys.

To learn more about the film, go to the movie website, or read a chat with the filmmakers from Mother Jones.

I have more Videos that you can check out here! What did you think about the movie? Leave a comment below! 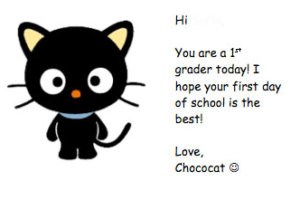 This is a note I made for my daughter's first day of 1st grade. 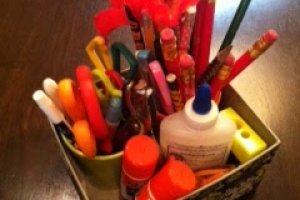 Research shows that parents can have a big impact by creating a structured, well-supported environment at home. The developmental needs of children, and the school environments vary considerably at different grade levels. Nonetheless, the tips I'll share below apply to ages. 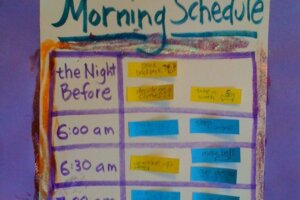 You are probably already working with a morning routine. I created one last year, when my girls were in Pre-K. This year, though, I've asked my daughters to get involved in creating a written Morning Schedule.