For the first time I can kind of relate to those crazy Fox News pundits who sound the alarm about the supposed “War of Christmas!!!!”.

Early this morning I found myself searching Twitter (#MLKDay #ThankYouMLK) to see how people are celebrating our great American hero, Dr. Martin Luther King, Jr. All over the country, folks are tweeting MLK quotes, and sharing ideas about how to carry on Dr. King’s legacy. Unfortunately, there are an almost equal amount of “Yay, no school/work! Thank you MLK!” tweets as well.

I’m really excited about this holiday. It didn’t exist when I was a kid. It took a lot of work against a great deal of opposition for our country to recognize the great legacy of Dr. King. Nonetheless, MLK Day has now joined the ranks of other holidays that were set aside for the remembrance of important social ideals (Labor Day, Memorial Day and yes, I guess Christmas) only to be co-opted by the Gap. Did I mention there’s a sale at Macy’s? (Seriously, there is a sale at Macy’s.)

This is NOT what Dr. King was about. 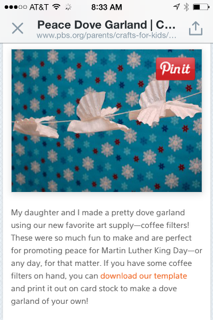 In addition to the ubiquitous commercialism exhibited in our culture, there is also an incessant need to whitewash Dr. King’s great work. When did cutting Peace Doves out of coffee filters get put in the same category as non-violent organizing to effect social change? I can’t tell you how many educators have reduced the MLK’s message to “don’t hit” and “can’t we all just get along?” Dr. King’s “I Have a Dream” speech was about more than just white and black kids holding hands… or dreaming about what job you want to have when you grow up.

It is almost as if popular culture wants to skip to the feel-good ending of our American novel without reading any of the uncomfortable chapters that make the story so amazing in the first place. I know black families will be talking about the great changes that have occurred because of Dr. King’s important work. But if you are white, and your family has benefited from the unequal distribution of resources and freedoms, I could understand why you might want to avoid talking about your family history in regard to race.

MLK Day: There are many authentic (and not overly ambitious) ways to make this holiday a meaningful one. Here are a few ideas: 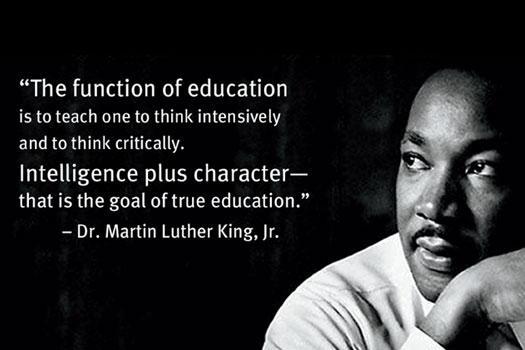 Talk about the your connections to history. The Civil Rights Movement started in our not so distant past and continues because of acts, large and small, by people just like me and you. Is there someone in your family that was alive during the Civil Rights Movement? Do they remember seeing Dr. Martin Luther King Jr. on the television and in newspapers? What did they think about him and what he was doing? How did they support his important work?

Learn about the past. I googled “Jim Crow” and found this explanation of Jim Crow and also an amazing (and ridiculous) list. Read some of the laws with your children. For example: “All passenger stations in this state … shall have separate waiting rooms or space and separate ticket windows for the white and colored races. Alabama“. Then ask your child to think about how different life must have been back in the day for people to think this was normal. What did people have to do, both black and white, to change these unfair laws? Are there laws in existence today that unfairly target one group over another?

Learn about the Black Experience Through Poetry. Professor of African American studies and poet Elizabeth Alexander offers her own work in commemoration of the MLK holiday. Read and listen to a series of poems that contemplate a range of history. Says Alexander: “I wanted to let us think about him in place and over time in hopes that that would give us a little bit more to chew on in thinking about what this day means.”

Make this day a day of service. Actions speak louder than words. Pick an issue that you feel strongly about: poverty, racial justice, educational equity, homelessness… and get involved. Explain to your kids why the issue is meaningful to you and how it relates to Dr. King’s work.

How are you celebrating MLK day?