What to Say to Folks Who Insist “ALL Lives Matter!!!!”

You have to wonder why folks using the #AllLivesMatter‬ hashtag, are so committed to it. If as a black community (I’m not the only one people!) we are saying “All Lives Matter” is hurtful, and you continue to use it, you are saying you don’t care about our pain.

Moreover, what is so wrong with affirming the value of black life? The value in the #BlackLivesMatter‬ hashtag is it makes visible the fact that some folks find stating something that should actually NOT be that big of a deal, that Black Life Matters, IS seen by many in our community as threatening and revolutionary. If you can’t say #BlackLivesMatter, you are saying you can’t affirm the value of Black life. Period.

Here are my top responses to any closet racist friends on on your FB or Twitter Timeline who want to tell you “All Lives Matter”:

The Black Lives Matter movement was formed three years ago. That phrase — “Black Lives Matter” — first came up in a frustrated Facebook post in response to the George Zimmerman case. A jury acquitted him after he killed 17-year-old Trayvon Martin in Sanford, Fla. Then, Black Lives Matter became a hashtag and soon, a national movement.

NPR’s Ari Shapiro talked with three of the founders — Alicia Garza, Patrisse Cullors and Opal Tometi — about the cultural shift they’ve seen in the past three years, the frustration that’s bubbled to the surface in that time and what they still want to see change.

If “All Lives Matter” Logic Was Applied to Everyday Life

This video does a great job of explaining what’s wrong with “All Lives Matter while illustrating how ridiculous (and frustrating!) it is for Black folks when they try to bring attention to the inequities and microagressions we face on a daily basis.

And finally… Trump is a BIG BELIEVER in “All Lives Matter”

How do you respond to the racism of “All Lives Matter” when you hear or see it in social media or in conversations with friends, coworkers or family? Share other resources or ideas in the comments below! 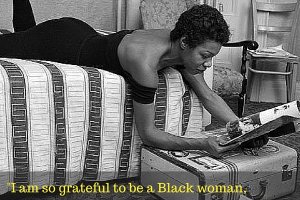 Contrary to what many people think, being colorblind actually perpetuates racism. 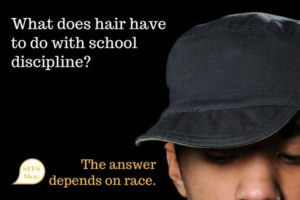 What does hair have to do with school discipline?

Have you ever felt criminalized or excluded from an academic or professional setting because of your hair? Before you answer that... let's back up a bit. 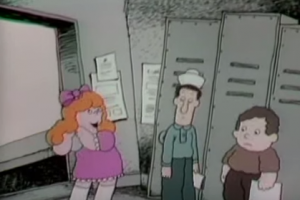 Talking with our Kids About Privilege

This cartoon from my childhood serves as a wonderful illustration of privilege.