When White Educators Talk about Race

The prospect of a Trump presidency has brought with it a rise in hate crimes and a heightened visibility for white supremacy in our country. As disturbing as this is, recent events have had at least one positive side-effect. More and more White educators are embracing conversations about race.

I’ve been thinking a lot about the ways we talk (or don’t talk) about race in our schools. This article on the Teaching Tolerance website sums up my experience as a student, educator and parent:

“Many black and brown students are educated in school systems and classrooms where they, despite making up the racial majority, are taught how to understand a world by a staff comprised of a powerful minority. When their teachers choose to remain silent about moments of racial tension or violence—violence that may well touch students’ own communities or families—these children are overtly reminded of their inferior place in society.” 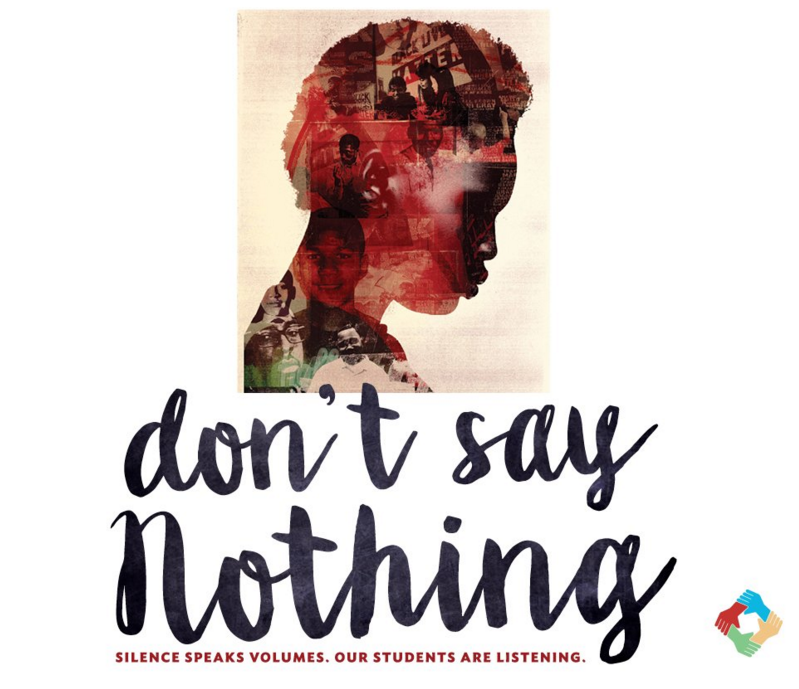 SFUSD will be rolling out Inclusive Schools Week across the district, December 5-9, 2016. As my daughters’ middle school prepares to have conversations around equity and inclusion, I wonder: “How will educators include conversations about race?”

I’m glad that they are taking on these tough conversations. The 6th grade team at my daughters’ school has shown a high level of skill in creating warm and welcoming classrooms. Just last week I chaperoned a school field trip to a ropes course, and was so impressed with the way students cheered for one another as they climbed and repelled off 30 foot wooden columns! With this in mind, I know my daughters’ teachers have invested a lot of time in building relational trust among students and are well positioned to guide sensitive dialogues with them.

Nonetheless, I also have to admit, as a person of Color, I’m a bit anxious as well.

Why? The staff at my daughter’s school is predominantly White. And, if you haven’t been paying attention, there is ample proof that even “well-meaning” White folks are not immune to the racist programming we have all been brought up with.

Case in point, an extended family member recently booted me off of a Facebook Group  for being too “angry”. (!) The original purpose of the group was to inspire positive change in light of the recent election. When she asked group members to only post “inspiring” things on their personal walls, I suggested it was important that folks share information and support for marginalized folks who have a very real target on their backs. She then started lecturing me using Dr. Martin Luther King Jr. quotes, and I had to take our conversation offline. Needless to say, my efforts to educate her did not go over well.

(Sidenote to White readers: If you find yourself using MLK quotes to advise Black folks on damn near anything… just stop.)

This is a common experience for Black folks. (I’ve written extensively about it here and here.) Recently, I am noticing an uptick in these incidents as White and Black folks debate the merits of wearing safety pins. Whatever your stance, what has interested me most is the way many self-proclaimed “White allies” have the audacity to center equity conversations around themselves, rather than the feelings and experiences of the marginalized folks they claim to want to support. 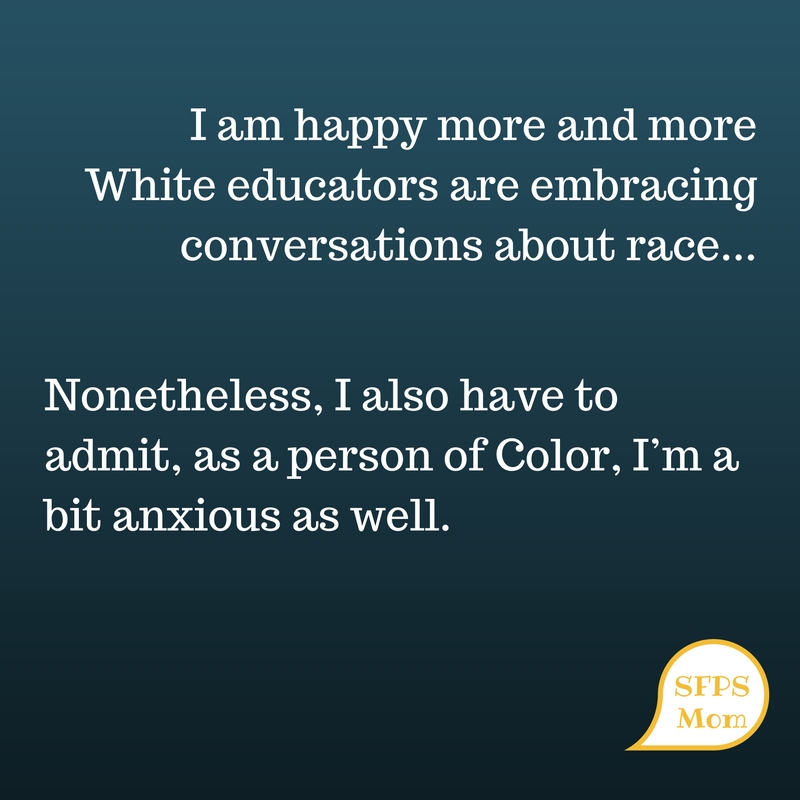 Then I found a great article by one of my favorite experts on race, Robin DiAngelo. In Getting slammed: White depictions of race discussions as arenas of violence, DiAngelo tidily sums up 40 years of my life experience in trying to talking about race in White spaces.

The redux: Robin DiAngelo and the “discourse of violence”

Many educators leading cross-racial discussions focus on creating “safe” spaces in which students can explore race. Interestingly, “safety” is often NOT defined. DiAngelo say that in the absence of a definition, safety eventually becomes centered around the emotional needs of White participants who “complain that they are (or fear being) ‘attacked’ in these discussions.” (Is this sounding familiar???) She calls this the “discourse of violence.”

The Discourse of Violence

By analyzing a series of cross-racial discussions about race she identifies five key effects of this discourse. In her study, she found White participants tend to…

Ultimately DiAngelo found that the White students in her study commonly used violent imagery to position discussions of race and racism as “unsafe spaces”. She states this “discourse of violence” ultimately serves to “protect and reproduce White supremacy, specifically in a context in which the goal is to interrupt White supremacy.”

So what does this have to do with discussions of race in schools?

Let’s look at our schools shall we? According to a report by the American Association of Colleges for Teacher Education (AACTE)

More than 80 percent of the bachelor’s degrees in education awarded during the 2009-10 school year were to non-Latino white students.

The fact that participants in DiAngelo’s study were education students, is noteworthy. There is also ample evidence that White school teachers are more likely to be racially biased towards Black students. We know from research on implicit bias, that “most White Americans demonstrate bias against blacks, even if they’re not aware of or able to control it.” Based on this, we can assume, most teachers in our schools are biased. Even well-meaning ones.

Knowing this… How can we support White educators in guiding meaningful conversations about race and racism with students of Color? And, what role can parents play in supporting their efforts?

I’ll try to answer these questions in future posts. In the meantime share your thoughts in the comments below.

3 thoughts on “When White Educators Talk about Race”