What does it mean to be the Black, biracial daughter of a White mom?

I grew up the biracial daughter of two academic hippies. My parents got married at a time when interracial marriage was not fully legal across all 50 States. I am a member of the Loving Generation. A generation of black and white biracial children born after the U.S. Supreme Court’s 1967 ruling in the case of Loving Vs. Virginia, which finally legalized interracial marriage.

Being mixed has been difficult at times. This is especially true when you and your mother’s skin tones don’t match.

My identity was informed by a heavy dose of post-racial optimism: “diversity” would heal all wounds. In a piece titled “When Silence is the Price of Admission”, I wrote about my painful reckoning that was my freshman year of college:

“Growing up as a mixed-race (Black/White) Los Angelina, attending mostly Asian and Latino schools, my race never seemed relevant. … I was a shy, light-skinned, mixed-race/Black girl with middle-class, college-educated parents who listened to the Cure and “talked white”. Nonetheless, despite the fact that I was assimilated in almost every way a Black person can be assimilated, every day I was told in no uncertain terms, I was different, and my difference was not OK.”

While being biracial comes with its challenges, it is not “tragic” (Feel free to Google: tragic mulatto archetype.) In fact, I feel blessed by my experience which continues to inform my work.

As a parent, educator, and organizer, I’ve used writing and social media to process my own experiences around race, parenting and education. I do this both for my own healing, and to publicly model the self-reflection necessary to be a conscious, empathetic parent. This practice is also necessary to becoming a compassionate, and socially just educator. I believe as parents and educators we must continually reflect on the ways their white supremacy culture has impacted (and infiltrated) our own identity formation in order to heal ourselves and our world.

During college, I often reached out to my dad for advice and support. He was always there to lend an ear and help me problem-solve. As a young Black boy he was one of the only “negroes” in his elementary school. These early experiences with integration (during the 1940’s) helped him navigate white spaces.

Ultimately, extensive exposure to white culture, along with the superior education he received in a “good school”, gave him the foundation to become one of the first Black professors at UCLA. The conversations we had during my college years made up for his lack of involvement in my early childhood. Even though he is no longer alive, he continues to inspire and inform my work to dismantle systemic racism in our education system.

While it’s easy to talk about my dad’s role in nurturing my identity, it has been much harder to name the impact my mom’s whiteness had on me.

What does it mean to be the Black, biracial daughter of a white mom? How has it informed my own internalized ideas about motherhood? How has light-skin privilege made my life easier? How has having a white parent allowed me access to white spaces? How has my relationship with her impacted my relationships with other white women?

Being the Black, biracial daughter of a white mom has meant having to explain to strangers I am not adopted. It has meant listening to my first-grade teachers tell my parents I “read extremely well considering you don’t speak English” in a classroom of predominantly low-income, Spanish-speaking student. (When neither I nor my parents spoke any other languages than English.)

Being the Black, biracial daughter of a white mom meant struggling through my adolescence to get my unruly hair feather properly like my Asian and Latina friends. Alternately, it meant learning that the hair I hated was also considered “good” on a trip to visit my St. Louis cousins.

Being the Black, biracial daughter of a white mom has meant getting placed in gifted classes without asking. It has meant being told I am much more talented/articulate/intelligent/well-mannered/pretty than my Black peers. It has meant growing up with the assumption that I would attend a private university. It also has meant learning many of my peers did not believe I belonged there when I arrived.

Being the Black, biracial daughter of a white mom also meant being taught it is more important to “be polite” and “nice” and “kind”, than it is to be assertive. It also meant learning in adulthood that no matter how polite, nice, or kind I was, I would still be labeled angry, when my conversations centered Black experiences.

Being the Black, biracial daughter of a white mom has meant I automatically knew how to “white-mom” my way through the system when my children or their friend’s parents reported discrimination in their schools. It has meant hearing white folks’ views on Black parenting in PTA meetings and in parent email groups when they thought Black parents aren’t around.

Being the Black, biracial daughter of a white mom has also meant having to tell my mother I didn’t want to connect with her sister’s family because they believed in Making America Great Again. It also meant reminding her that my aunt wasn’t a “good person” if she supported a president who put children in cages.

Being the Black, biracial daughter of a white mom and a Black dad taught me intersectionality on a cellular level. (I was born code-switching.) It opened doors and trapped me behind windows. It gave me wings that I sometimes learned were clipped while flying.

In this life, you can be something, but you can’t be everything.

In my life, I’ve been called “ethnic”, “exotic”, “racially ambiguous” and even once “organic” (?!?). My skin tone and diction have thus far protected me from ever being called the N-word. While I have been told I “talk like a white girl”, they have also prevented me from ever being referred to as “white.”

Thus, I have learned that cultural and racial identity is both self-constructed and constructed for you. How much this is true depends on both your zip code and how much melanin you possess.

Being a Black, biracial daughter, educator and now a mother of multiracial kids, I have learned to be comfortable with racial discomfort.

While my physical presentation may cause others consternation, I know that even when someone “looks” Black or White or straight or gay or able-bodied or disabled—no one’s identity is entirely visible, nor is it truly fixed. Our identities can change depending on our geographic location. They can also change based on our life experience and the political, social, or historical context we find ourselves in.

No community is monolithic. We all belong to multiple communities. And we all sit on continuums of both privilege and oppression.

This blog post is part of the #31DaysIBPOC Blog Challenge, a month-long movement to feature the voices of indigenous and teachers of color as writers and scholars. Parisa Mehran and Sherri Spelic have entries today as well. Please CLICK HERE to read yesterday’s blog post by Janelle W. Henderson (and be sure to check out the link at the end of each post to catch up on the rest of the blog circle).

The Conversation We Need to Have with Our Kids…

The other day, my husband and I were blown away by a specific comment that one of my girls made during a routine squabble. Daughter "A" decided to pull out the big guns in their verbal tête-à-tête when she "casually" told Daughter "B"... "Your butt is big." (!) ... 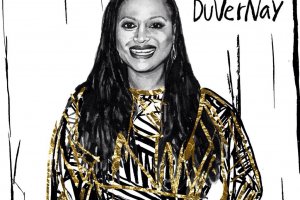 What I’m Doing INSTEAD of Watching the Oscars

According to "the Academy" the only voices worth hearing are vanilla. Here's what I'm doing to celebrate more diverse narratives in movies! 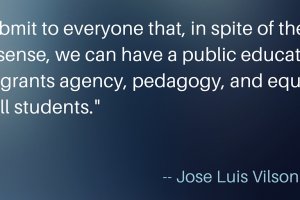 Why I’m not Going Anywhere

The other morning... looking at a recent email (including personal attack) made me feel sick to my stomach. As if in response to some secret prayer to the Universe I didn't even know about, while I was trying to think of how to respond (if at all), THIS POST came into my email inbox