#BlackTwitter for Educators and Activists

Do you support social justice?Are you an educator? Are you on Twitter yet? If not, with school out, there is no better time than the present to set up a Twitter account and “curate” a great list of educators and activists over the summer!

A friend of mine recently sent me a link to an article on EdWeek explaining how educators of color are using the hashtag #educolor to share ideas to create more equitable schools. It’s true, professors, journalists and educators committed to social justice are using social media to share resources and connect with others. Twitter is a great place to have conversations about race and education, ask questions and get exposure to ideas you didn’t know existed. 🙂

When the narrative from “both” sides of ed reform debate is “We’ll save you,” what is an edu of color to do but create their own? #educolor

Twitter might seem overwhelming to the unitiated. Nonetheless, I have found it to be a highly valuable resource. My only major advice on this is you just kind of have to get used to having your brain explode… Just accepting that you can never know all that is going on is a bit of a mind-bender, but definitely worth it. Twitter  has allowed me to connect with other educators raising similar questions. I may feel “alone” in all white groups when I confront delicate issues on race. But now, because of Twitter, I’m more likely to do it because I feel emboldened by others involved in the struggle.

If you’re feeling overwhelmed by all the hashtags and @ symbols, here is a basic tutorial put together by an educator named David Truss I follow. Here is an “Anatomy of a Tweet” from his blog to get you started :

So… no excuses! GET ON TWITTER and find out for yourself! Your experience will be a result of who you “curate” or follow. Here are some great “Tweeps” to get you started! (In no particular order.)

Twitter for Educators and Activists: You just gotta LOVE #BlackTwitter… these educators and activists keep it real!

Want to hear what folks are saying related to the #BlackLivesMatter movement? Here is a list of great folks to follow with some of my favorite tweets!:

The teacher Gotham deserves. Author of This Is #NotATest. Keeper of the#EduColor vision. Race, class, education, and my conscience.

The only way to deal with true conflict is through it, not around it. Race, gender, and class included. True change requires discomfort.

This. Focused on his words, the beauty of the moment. Rather than what brings him to Charleston in the first place! https://t.co/bAPkByuItA

Hey @twitter Can we get a twit-moji for #BlackLivesMatter? #LoveWins

Reminding Black Girls that they Rock is my duty."—Beverly Bond at #ywca2015 https://t.co/WwxUTE9ZSu

A startup with a little sophista and a little ratchet for millennials. Content + tech + culture.

The literary, socio-political, sexual, pop culture blog. Live from Bedford-Stuyvesant. Disturbing the peace in order to find it.

A community dedicated to celebrating the fullness of Black womanhood.

What would change in our society if Black folks were encouraged to arm ourselves as often and openly as white folks? http://t.co/3OoRQ2VA2G

I'd rather follow the doers who raise doubt than the doubters who do nothing….

An uprising of communities in struggle, shifting culture through transformational organizing. Florida · DreamDefenders.org

The Supreme Court decision to legalize gay marriage is a step in the right direction but as @GetEQUAL reminds us, there's still work to do.

I am the stone that the builder refused…the promise of what’s to come. And I’mma remain a soldier till the war is won. netta@thisisthemovement.org

Dispatch From Charleston: The Cost Of White Comfort http://t.co/GthmrBpVxb 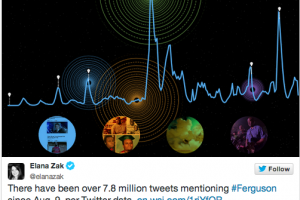 The Revolution Will Not Be Televised (or on Facebook for that matter)… it will be Tweeted!

You can criticize Twitter all you want. Nonetheless, it is shaping the ways we talk about events in Ferguson... and holding folks accountable. 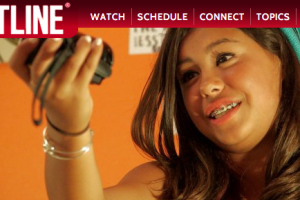 I was shocked to learn that many of my girls third-grade classmates already have Facebook accounts! When are children old enough to go on Facebook? What about Twitter? Instagram? How can we help our kids navigate in this new world of social networks?