Talking About Transgender Discrimination with Kids

May 17, 2016 Posted by alimcollins LGBTQIA No Comments

This is a day late, but this is my Monday Inspiration for the week. Enjoy!

Last week, Loretta Lynch, U.S. Attorney General BROKE IT DOWN by making a statement in response to North Carolina’s notorious “bathroom law”, so named by far-right extremists wishing to incite fear at the thought of encountering transgender people in public restrooms. This law was created in response to non-discrimination laws protecting transgender people and other members of the LGBTQ+ community.

What was so amazing about Ms. Lynch’s statement was that she spoke out not only against a law which unfairly tried to restrict transgender people’s use of bathrooms, she compared the law to Jim Crow segregation laws of the south. In doing this, she legitimized transgender discrimination and elevated its visibility in the eyes of all Americans. Moreover, she did something I never thought I’d see in my lifetime: As one of the top-level officials in our nation, she publicly affirmed the value of our nation’s transgender community and acknowledged the suffering they’ve endured as a result of bigotry and homophobia in our country.

According to Time Magazine:

In brief remarks before announcing the federal government would sue the state over the law known as HB2, Lynch, a Greensboro native and the first African-American woman to serve as attorney general, compared the bill to Jim Crow, resistance to school desegregation and opposition to same-sex marriage.

“This action is about a great deal more than just bathrooms,” she said. “This is about the dignity and respect we accord our fellow citizens and the laws that we, as a people and as a country, have enacted to protect them – indeed, to protect all of us.”

Not only were Ms. Lynch’s words inspiring, they are a great example of someone taking a stand against discrimination, even when it doesn’t directly affect them. This is what it means to be an ally!

Talking about Discrimination in Different Contexts

I highly recommend sharing U.S. District Attorney Lynch’s speech with your kids/students. In her speech, Ms. Lynch skillfully relates two forms of discrimination: racism and discrimination against transgender people. In doing so, she sets a great example of using a familiar concept like racism to explain the ways that discrimination works in the context of being transgender.

After watching the video with my kids, I plan to ask: “How are these two types of discrimination similar or different?”

And in order to do this conversation justice with my kids (who are 10), I’ll be making sure to cover basic terms such as stereotypes, prejudice and discrimination. These words are all related, but are NOT the same.

Here are the definitions I’m using:

Addressing transgender discrimination with your kids

Watching this historic statement by Loretta Lynch with your kids/students is a great opportunity to discuss transgender discrimination. But, unless you are a member of or work closely with the transgender community, you may not be well versed on how to talk about transgender issues using unbiased or inaccurate language.

[Full disclaimer: I am NOT a member of the LGBTQ+ community. That is not a reason for me to avoid talking about this important issue with my kids. In fact, if more members of privileged groups talked about discrimination, I think we’d have far less bullying, suicide and discrimination of LGBTQ+ members of our society. That said, I may not get all this correct, so if you are reading this and ARE a member of the LGBTQ+ community, please feel free to correct me directly here or in the comments below, and help me and my readers become more educated!]

Here are some helpful distinctions you can make when addressing transgender discrimination:

Because of the biased ways we have all been socialized, talking about transgender issues can be tricky. Especially if we have never done it before. Heck! It can even difficult for transgender parents!

Below are some helpful definitions that I’ve adapted from the GLADD Media Reference Guide on Transgender Issues to make them more “kid-friendly”:

For more resources for talking about transgender discrimination see these links:

This post is definitely just the tip of the iceberg and there are many, many more resources, links and ideas to share. Please help me by listing them in the comments below!

“In Solidarity…” A call to action for educators, students, and families

I am so inspired by SFUSD educators. This email was[...] 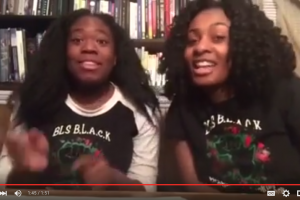 I am so inspired by our young people--they are truly leading the way! It is not surprising that as Lowell BSU students are fighting for the right to be heard, valued and supported in our school they have sisters on the other side of the country who are doing the same. 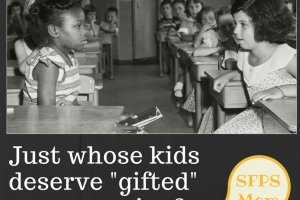