Like STAR tests and No Child Left Behind (NCLB), the Academic Performance Index (API) is now a part of the past as our district works with a small group of California school districts (who have come together as the CORE Waiver Districts) to craft a NEW way to evaluate our public schools.

This is what Luis Valentino, the Chief Academic Officer of SFUSD, has to say about the new accountability and reporting system on his blog:

California: At the Crossroads Between API and Something Much Better

In California, we are at a crossroads. We are at a place of making critical decisions in our public education system that will impact the lives of our students for decades to come. At the intersection is the idea that the transition away from the Academic Performance Index (API) is the opportunity to create a more comprehensive, holistic, and relevant set of criteria for determining how our students and are progressing. “There is near-universal agreement among educators and policy makers that a new system should be distinctly different from the API…”

CORE Executive Director, Rick Miller, does a good job of explaining how the new accountability system will give us a better picture of student success in the future than test scores alone:

“So, broadening that accountability to culture and climate of a school, taking into account whether kids are safe, assessing non-cognitive skills like grit and resilience – when you look at all of these in total and ask a district to pay attention to the whole child, and the school responds to what each child needs, it will amount to better preparedness for college and career.”

A wider range of students

In addition, the new school accountability system will also take into consideration a wider range of students. Under the old API system of NCLB schools that had less than 100 students in a subgroup didn’t have to report on them. So, for example, if a school had 99 African American students, it didn’t matter if the school was doing well overall, even if African American students were struggling. Under the new accountability system the number has been dropped to 20 so we’ll see thousands more children being accounted
for.

According to SFUSD Superintendent Richard Carranza, who spoke at a recent School Site Council Retreat this past Saturday: “It’s a point of pride that we are not like everyone else… We are not like other school districts. We are BOLD and PROUD.

In fact, Mr. Carranza stated that our CORE Accountability system is leading the nation by innovating the way its public schools are measured.

In order to be true partners in school improvement efforts, I encourage parents to learn and ask questions about the new system. And, I am hoping that as it is further defined and rolled out that education non-profits work in support of our CORE Waiver Districts to share more information about this big shift in school performance evaluation and reporting…

Read more about the new CORE Waiver Accountability system from these links (Thank you Mr. Valentino!)

What do you think? What questions do you have about the new school accountability and reporting system?

Related Reads: STAR Testing Goes the Way of the Dinosaur 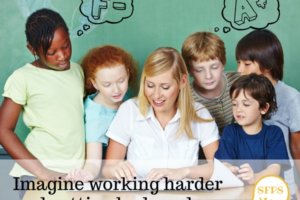 Why “Grading” Schools is Wrong

It's high time we started tearing down the belief that “grading” schools somehow informs parents or improves education. Not only does it unnecessarily worry parents, it's unfairly blames teachers, increases segregation in our communities and undermines our public education system as a whole. 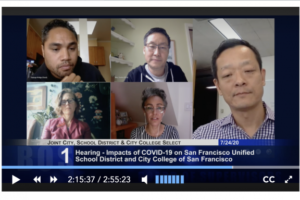 Commissioners and staff have been listening to with families, and[...]

Want to know more about what your local public schools are really like? Attending a school fair or fundraiser is a great way to get to know a public school.