This post is part of a series exploring ways to decolonize Thanksgiving. Read Part 2 of this series here.

As we begin the holiday break, many of us take time to reflect on all that we are thankful for. During this time, we can also reflect on the true history of our country, and the ongoing legacy of settler-colonialism on Native peoples and the land we have come to call America.

Many of us know that what we were taught in school isn’t true. Nonetheless, myths about the holiday are everywhere. As this article in the New York Times points out:

“Thanksgiving facts and Thanksgiving myths have blended together for years like so much gravy and mashed potatoes, and separating them is just as complicated.”

To be fair, Thanksgiving’s history is complicated because it seems to be based on more than one event. Harvest celebrations are prevalent all over the world and predate European contact with North America. Giving thanks is a daily practice in many Native cultures. English colonizers who landed on New England’s’ shores also celebrated days of thanksgiving, marked by religious services. During colonial times “thanksgiving” feasts also occurred after successful military attacks, including those against Indigenous nations.

Even official records tell a confusing story about Thanksgiving:

Not a holiday about headdresses and silly hats

Historians may argue about what constitutes the first Thanksgiving. One fact most scholars can agree on is that it didn’t happen the way many of us were taught in school.

The more you learn the truth about this holiday, the harder and harder it is to pile more sweet-potato casserole on your plate.

If we’re really honest with ourselves, we see the ways Thanksgiving is used (like other settler-colonial myths about Pocohantas and Columbus) to sell a fictionalized narrative about the true origin of our country. This myth paints settler-colonizers as men and women in silly hats with big buckles who courageously set out across the sea in search of “religious freedom” and a place to call home.

This version of history couldn’t be further from the truth. In reality, the first Europeans who came to the land we now call North America were mostly men who came for business interests. They came to enrich themselves with gold, beaver pelts, wood, slaves, and land.

When you know your holiday meal is associated with grave-robbings, mass-murders, rapes, scalpings, and beheadings, it becomes harder and harder to swallow.

In addition to business interests, many Europeans who came to American shores came to establish religious communities. Some of these people were called Puritans. Contrary to what many of us learn in school, Puritans were not victims of religious persecution, they were separatists who wanted to “purify” the Catholic church. Their stringent religious ideas justified the harsh treatment of anyone who didn’t subscribe to their beliefs, including women who didn’t “know their place” and Native people under the guise “witchcraft.”

In fact, religion was used to justify many horrific acts against Native peoples, including the notorious massacre of over 700 Wampanoag men, women, children, and elders:

“In 1637 near present day  Groton, Connecticut, over 700 men, women and children of the Pequot Tribe had gathered for their annual Green Corn Festival which is our Thanksgiving celebration. In the predawn hours the sleeping Indians were surrounded by English and Dutch mercenaries who ordered them to come outside.  Those who came out were shot or clubbed to death while the terrified women and children who huddled inside the longhouse were burned alive. The next day the governor of the Massachusetts Bay Colony declared “A Day Of Thanksgiving” because 700 unarmed men, women and children had been murdered.”

Knowing this history, it’s no wonder many Native folks consider the holiday a national Day of Mourning.

Fall is a time to slow down and gather with friends and family. During this holiday season, we remember ancestors who are no longer are with us, and share stories and family traditions with our children. I have many happy memories as a child related to Thanksgiving. Nonetheless, I don’t want my family to celebrate a “Thanksgiving” founded on hundreds of years of trauma for Native people.

If you’re still not moved, read this article titled: “Why Thanksgiving Is A ‘National Day Of Mourning’ For Some Americans

Let’s be clear… Native genocide and land theft is NOT something to celebrate.

There is nothing wrong with celebrating family traditions, making and eating good food, and spending time with loved ones. But if we share gratitude for food and family during Thanksgiving, and don’t acknowledge that land we live on and many of the foods we eat at time have a history—and that history is Native—we are perpetuating the erasure that Native people have been fighting since the day Europeans invaded their land.

We can celebrate our own traditions while honoring the contributions of Native folks in the past, and in the present. We can start to repair the harm of settler-colonialism by raising visibility for Native history and culture.

Cedric Cromwell, chairman and president of the tribal council of the Mashpee Wampanoagstates states:

“The real underlying issue is the mythology; there’s a view that we’re this big melting pot country, or there’s a view that the Natives and the Pilgrims lived happily ever after and the Native people just evaporated into the woods or something to make way for the Pilgrims and all of the other aspects of the European invasion,” she continued. “All around the country, schools continue to dress up their children in little Pilgrim and Indian costumes and the Indians welcome the Pilgrims and they all sit down together and everybody says ‘Isn’t that cute, that’s so nice.’ That’s not at all what happened.”

I recognize the fact that my ancestors were settler-colonizers. Because of this, I am a beneficiary of the land theft and genocide of Native people. I can’t change the past, but I can do something to fix the present. I am doing my part by educating myself, sharing what I learn, and TAKING ACTION.

I can’t tell you how to celebrate this holiday. But I do hope you take the time to rethink the way you celebrate. Educate yourself, share what you learn and take action to repair the harm caused by our ancestors. Read about that in Part Two of this series.

How does your family celebrate this time of year? What traditions do you share? How are you celebrating time with family in a way that honors Native contributions, histories, and cultures? 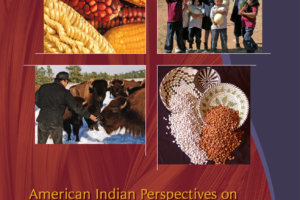 This post is part of a series exploring ways to[...] 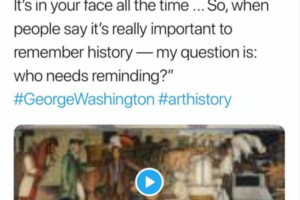 Two Black Educators on the Washington Murals — an Email Correspondence

Over the past several months SF Board of Education Commissioners[...] 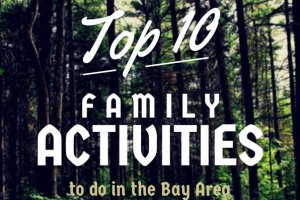 Every weekend, we spend some time together as a family and go outside together. We call them our "Family Activity Days", or FAD for short. We try to keep it active, like city hikes, or bike riding or "soccer". But mostly, it's just having fun together and being grateful that we have this amazing time together. Here are a few of the things we've been doing this fall in the Bay Area.