Neuroplasticity: New Research Challenges Our Ideas About the Brain

I’ve been posting recently about the new approach to math. This approach is based on what researchers have been learning about the brain and how it works. In the past, many believed we were born with certain abilities and after childhood, our intelligence was pretty much set. This idea, that some of us were born with higher than normal intelligence than others, fueled at boom in IQ testing during the 70’s. As you might expect, this interest in assessing innate intelligence, had some negative effects. While some students benefited by being identified as “gifted”, many students were unfairly labeled as a result. Later, in the 80’s and 90’s Howard Garder’s Theory of Multiple Intelligences, broadened our understanding of intelligence to include more than one way of thinking: students could be visual, kinesthetic, or interpersonal learners (among other categories.) Gardner’s theory definitely expanded our collective understanding of intelligence. Nonetheless, is still limited when we consider the findings of recent research.

As an educator, I will never tire of learning how the brain works. To this end, I recently came across a video series. The video I’ve posted below is about neuroplasticity, which refers to the ways the brain changes in as a result of new thoughts, behaviors, feelings or experiences. Researchers are learning the brain has a lot more plasticity than we ever thought possible before.

Basically, we can rewire our brains. In fact, it’s happening all the time…

Check out the video and let me know what you think in the comments below.

How does this inform your understanding of how we learn? How might we use this information to support our childrens’ or students’ learning? How might this affect our own ideas about what we can or can’t learn ourselves? 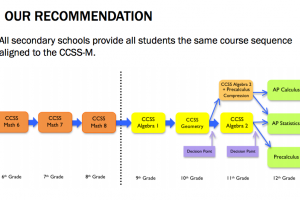 Next year will be the first year that SFUSD will implement a NEW course sequence aligned with the new Common Core State Standards in Math (CCSS-M). SFUSD Commissioner Rachel Norton identified a key question on parents minds, "Is the rigor students need going to be represented in the new course sequence?" This is a good question. Nonetheless, I believe there is a more important conversation going on. 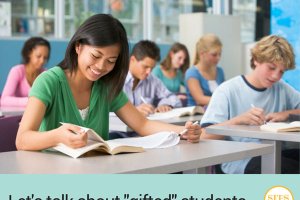 There is a relationship between gifted programs and systemic racism in our schools. It's time parents and teachers stopped playing the blame game and worked together to create equitable and effective programs for exceptionally bright and talented students.

My Recommendations for an Effective SFUSD GATE Redesign

We can make some great and positive changes if we implement the following recommendations...