For anyone who still thinks “race doesn’t matter”…

We all have heard folks say “race doesn’t matter”. If you encounter a person like this, don’t waste any time trying to argue with them. Just forward them a link to this video which tells the chilling tale illustrating why it’s flat-out dangerous for black folks to be color blind.

Race Doesn’t Matter? Tell That to the Cops

This animated piece comes from StoryCorps (who’ve I’ve been writing about lately.) It tells the tale of a young Black man whose adoptive White parents taught him to believe skin color didn’t matter. This mistake nearly cost him his life.

(Please note, the following video story includes some offensive language (f*ing n*gger) as well as a pretty graphic photo of the actual man telling the story. For these reasons, I don’t think it is appropriate for sharing with young children.)

Alex Landau, an African-American man, was raised by his adoptive white parents to believe that skin color didn’t matter. But when Alex was pulled over by Denver police officers one night in 2009, he lost his belief in a color-blind world—and nearly lost his life. Alex tells his mother, Patsy Hathaway, what happened that night and how it affects him to this day.

Tales such as these are nothing new. They occur so often, there is even a name for them: “n*gger moments”. Amanda, a Yale student and blogger (Her Foolish Wit) tells another such story when she describes what it was like to be a Black honor student in an all White school in her piece:

To Be Young, Gifted, and Black

[A nigger moment is] the moment when the veil of the post-racial utopia would be abruptly lifted, and one would have to come face-to-face with his or her blackness and how that positioned him or her in relation to society. Of course, no one’s nigger moment is meant to be gentle or kind or welcoming. It’s certainly a rite of passage, but it isn’t one that welcomes you into a culture, but rather shows you which one you will never be a part of. A black person’s nigger moment happens when it is made abundantly clear to a black person by one or several white people that their blackness is a crime and a burden, and that they are inherently inferior because of it.

Amanda’s tale artfully illustrates how she initially believed being an “exemplary” Black person would protect her from being targeted by racism.

“I truly believed that all of our problems with race would be fixed if we as a people just spoke a little better, dressed a little preppier, joined the right clubs, and laughed along jovially when our white friends called everything that was broken ‘ghetto’.”

Her preconceptions of a post-racial utopia based on “merit” are suddenly shattered when she gets accepted to Yale and other Ivy League universities. The jealousy over her accomplishments quickly turns to anger as more and more White classmates disparage her accomplishments by stating she couldn’t have possibly gotten admitted by talent. One student states:

“You know you only got into Yale because you’re black.”

After countering these and other racist narratives from her classmates, their hidden biases finally come to the surface.

“This is why you people will never amount to anything. You’re always blaming other people for your own failures.”

(Note to clueless White people: When you use the word “you people” it means you are a racist.)

Amanda’s story illustrates that even when moments of racial reckoning are not violent, they are memorable, life-changing events.They are the moments members of marginalized groups realize–some folks don’t always get to define their identity… if other people’s beliefs are strong, and they come from communities with privilege or influence, they actually have the power to DEFINE US… Or at least make life a heck of a lot harder than it has to be.

Amanda’s story is just one of many. I wrote about a similar experience on this blog when I first encountered being the “only black student in class” when I attended New York University for my undergraduate degree in the early 90’s.

“Though I stuck out the class to the bitter end (because I am not a quitter!), this and other experiences made it very difficult for me to complete my college education. In fact, I almost didn’t graduate. Even though I did well academically in most of my classes, and had great relationships with most of my professors, my interactions with other students made it difficult for me to bring my whole self to my work on any group project or class discussion.”

When are we going to fix this?

Reading Amanda’s story makes me sad. It has been 25 years between Amanda’s and my college experiences, and yet her story could be my own. How can it be that our country can elect a Black president, and yet the Republican party shows can Donald Trump leading the poles?

We ALL must work to change this. We can’t continue to stick our heads in the sand while Black children are gunned down by police, while Black scholars are told their ideas don’t matter, while Black families fall farther and farther behind economically.

It’s time to wake up America! It’s time to stop being Nice, and Respectable, and Tactful in the face of racism. Staying silent is not helping any of us. We must name white supremacy, and institutional racism, and implicit bias. We must continue to fight for a world where the quality of ones character, and not ones skin tone (or religion, or gender, or who one loves, etc.) determines ones destiny.

What do you think about all this? How are you pushing back on biased narratives in your school, neighborhood communities? Do you have any stories or resources to share?

Let’s stay connected! Follow me on these social media sites: 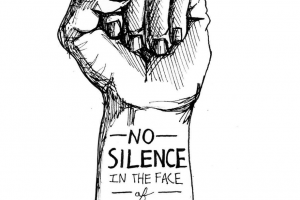 SURJ Families shares how families can show up in response to the upcoming White Supremacist Rally planned at Crissy field on Saturday, August 26. 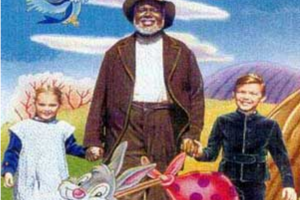 I've been online almost nonstop. Reading through Tweets, it's still painfully obvious there are a LOT white "allies" who would rather spend time arguing with Black folks about what we need to do differently when expressing our outrage or identifying the ways white supremacy defends itself.

SFUSD has shared its ongoing commitment to creating welcoming and safe schools. Here are some tangible actions it can take to further this work.