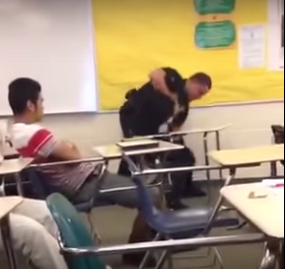 Officer Ben Fields puts a 16 year old girl in a choke hold before slamming her (and her chair) on the ground.

If you haven’t heard about the South Carolina incident in which a police officer body slammed a student for “not turning off her cell phone”, Google it. It stands as a perfect example of what going wrong in our schools for children of color. It is a jarring example of the drastic disparities in the way we handle discipline for Black and White children.

Even though this incident is extreme, it unfortunately fits into a larger pattern of educational violence committed against Black children in our schools.

As shocking as it may seem, this is not an isolated incident

As this article in the Atlantic states:

Whatever new information emerges about what precipitated Deputy Ben Fields’s decision to drag the student out of her desk and handcuff her, the case is unusual. Fields has been placed on leave, and the Department of Justice is investigating the incident.

But however extreme the Columbia case may be, it is not unusual for school discipline to fall heavily on black students, either in South Carolina or nationwide. Across the U.S., African Americans are more likely to be disciplined and to face harsher sanctions. One reason may be the increasing presence of police in schools. The video “shows the dangers of increased police presence in schools … we are seeing this conflation between safety and discipline,” Janel George of the NAACP Legal Defense Fund told The Guardian

And it’s not just extreme violence that is being perpetrated against Black Black and Brown students, it’s all forms of discipline. According to a recent article in the Huffington Post:

Overall, while suspension rates for black, white and Latino students were similar in 2011-2012 to suspension rates in the early and mid-2000s, they were still significantly higher than they were in the early 1970s, when the federal government began collecting such data. Black students, Latino students and students with disabilities are still significantly more likely to face this type of punishment.

The video below is my answer to folks who say it’s not about race, it’s about socio-economics. Socio-economics is definitely a factor. But this would NEVER have happened to a white girls.

This video clip below comes from my cousin, Reddit Hudson, a former St. Louis cop who now works for the NAACP. He was originally drawn to law enforcement because he wanted to give back to the community, but had to leave because the police force was much too racist. He now speaks regularly about police brutality and is working with other heroic cops and former cops to make changes in the way we police… especially in communities of color.

From October 27. I was on for NCLEOJ with Niya Kenny the young lady that tried to intervene when the officer assaulted the girl at Pine Valley High School, and Kimberle Crenshaw of UCLA and The African American Policy Institute. I would also like a conversation with the staff members at the school that condoned this assault.

So where do we go from here?

Some folks have come out questioning the public outrage around this incident, stating we don’t know “the whole story.” Others state she “should have “known better” when she did not respond to requests to turn her cell phone off.

Newsflash people! Teenagers sometimes don’t do what you tell them to. In fact, they often actively DO THE OPPOSITE!!! This is NORMAL ADOLESCENT BEHAVIOR! What makes this specific case even more concerning is the fact that the girl involved in the incident is in foster care. I don’t know about you, if you are in foster care at 16, I think you deserve a PASS for having a “bad attitude”.

I am proud of the fact that SFUSD eliminated “willful defiance” as a category for suspension this past February, 2015. Nonetheless, our district is not perfect, and there is still much work to be done. Far too often, teachers lack the cultural competency to manage diverse classrooms in effective ways. And, in our teachers defense, there are also some schools where teachers shoulder too much weight in serving students dealing with psychological needs. Without the support of social-workers, para-professionals, and resource specialists, many teachers simply can’t teach without removing troubled students from the classroom. (I can personally attest to this!)

We need to talk about how the reasons why some schools or classrooms get more than their share of needy students (Gifted programs? Magnet and charter schools?) and how we can support teachers in gaining skills to engage with students dealing with trauma in productive and positive ways.

I keep saying it… We Have to Stop Avoiding Conversations about Race!

In a report published by researchers at the Indiana State University of Education, they state”

“Racial and ethnic differences in everyday experience in schools remain ubiquitous in American education. Students of different races and ethnicities in U.S. schools experience fundamentally different school compositions, different educational opportunities and resources, different rates of referral to both special education, and gifted education; and different dropout and graduation rates. As the research cited in the Discipline Disparities Series indicates, ongoing severe and consistent racial disparities in school suspensions and expulsion lead to a variety of other negative outcomes: the more students are removed from school through suspension and expulsion, the more they vanish from graduation stages and fill the pipeline to prison.”

Interested in learning more? Read the recommendations from the Center for Civil Rights Remedies at UCLA entitled, Are We Closing the School Discipline Gap? and follow this blog for more articles on this topic.

What do you think about all this? Share your comments below! 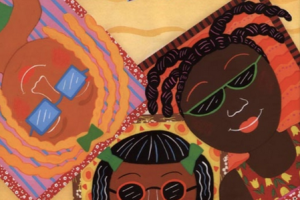 How do you start the conversation with little kids? I've always found books to be a great resource. My girls and I can read a story and along the way ask questions about how the characters look, feel and act. When in doubt... find a book! 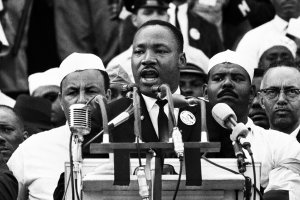 I finally understand what has bothered me so much about the misrepresentation of Dr. King's legacy as one of peace (without the protest, thank you very much!)... Cue Morgan Freeman, stage left! 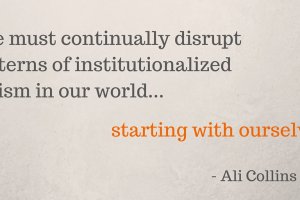 Implicit Bias Doesn’t Just Hurt Those Who Are Discriminated Against

Seeing this video, reminds me we must continually disrupt patterns of institutionalized racism in our world, even in ourselves!