Do you remember the Powerpuff Girls? I just learned about a new website that allows you to turn yourself into a PowerPuff Girl (or… er… boy). Even though it may seem childish, I’m realizing the fact that I (and many other fully grown adults mind you!) have gone silly over a web site that will allow you to Powerpuff Yourself is a great example of why REPRESENTATION MATTERS.

I have fond memories of watching way too many hours of TV cartoons… (Can you say “latch key” kid?). have to admit. I’m a bit old for the PowerPuff girls. I know I’m dating myself, but I grew up in the 80’s so my childhood cartoon heroes were all boys. I watched “Kimba the White Lion” and Speedracer. (I had such a crush on him!)

I never had ANYONE that looked like me in cartoons. Other than Fat Albert, there were not TV Cartoons I can remember with characters of color and even fewer that featured girls as protagonists. If you grew up dark-skinned or Asian-American, this lack of representation was even worse. At least you could see Black people here and there on TV shows like (Sanford and Son or the Jeffersons.) Outside of Sesame Street, there was no real representation for girls or kids of color on TV.

That’s why I was so happy to see Dora the Explorer on TV when my girls were little. Now there are so many more Little Einstens, WordGirl, SciGirls, Maya and Miguel, Sid the Science Kid… the list goes on and on. Some folks say the Powerpuff Girls paved the way.

The Powerpuff Girls were originally created in 1992 by Craig McCracken. Interestingly, the shows audience was half male, which disproves the idea that a show has to have male leads to drive viewership. It was also watched by a surprisingly large number of adults (almost a quarter of it’s viewers). And even though these mini-superheroes were made by thier creator/father in a lab with “sugar, and spice, and everything nice, they are much more than just “perfect” little girls due to a special ingredient–Chemical X.

For the first time, girls could be cute AND powerful (and weird). This quote from an the Atlantic sums it up well:

The Powerpuff Girls meanwhile had three young female superheroes as leads—something that hasn’t quite been replicated in popular animated TV shows for the younger demographic since. In the world of live-action superhero films, women have yet to achieve anything close to parity, and one need look no further than the new Wonder Woman film to see how “sexy” and “strong” remain at odds with one another when it comes to how audiences think girls with powers need to look. But the Powerpuff Girls, with their giant heads and tiny, under-drawn bodies, almostdare anyone to say they don’t “look like” superheroes. And while adult female superheroes are without exception sexualized, Blossom, Bubbles, and Buttercup aren’t because, well, they’re little girls. Which is perhaps what makes trio’s much-touted femininity so divergent: Their sexuality never has to define them. Even Buttercups’ sometimes-aggressive brand of tomboyishness is normalized within the show; her personality never fully gets in the way of her taking down the bad guy with her more conventionally “girly” sisters.

If you are a Powerpuff Girls fan, your wishes will be granted as Cartoon Network plans to bring back the show tomorrow, April 4, 2016. If you are a parent who is not familiar with the cartoon, be forewarned it is geared toward older elementary aged kids and tweens, and some say it is too violent for kids. I have to say though, in one episode I watched, Buttercup goes ballistic and kicks a bad guys butt stating “Nobody. Calls me. Princess!!” Now THAT’S a roll model I would want my girls to emulate!

You only have one day to wait… but if you can’t wait until then, check out old episodes or revisit some funny sight gags you may have missed as a kid. (…and learn why the show was popular with adult viewers.)

What Kind of Powerpuff Girl are You?

So what are you waiting for? Go ahead… Click this link and YOU TOO can be a Powerpuff Girl!

Were you a Powerpuff Girls fan as a kid? What other cartoons shaped your childhood? Did you see characters that looked like you? Share your thoughts in the comments below… 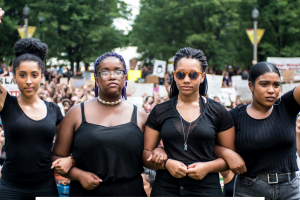 These teens are a great reminder of what young people can do if given the opportunity to contribute. 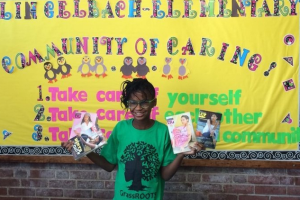 Contrary to popular belief, you don't have to know algebra to help your child succeed in high school. In fact, research by Professor Nancy Hill of Harvard University, shows,that when parents helped teens to do their homework it actually had a negative effect!