If you haven’t seen this video already you have to watch it. It really sums up some of the problems going on in SF related to gentrification.

Here’s a quote from Uptown Almanac, a blog where the video has been posted:

“In what has to be the most literal analogy possible for gentrification in the Mission, a video from two weeks ago depicts a conflict over who has the right to play on the soccer field at Mission Playground (located off Valencia between 19th and 20th). In the video, a group of adults attempt to kick a bunch of young people playing a pick-up game off the field because said adults had previously paid for the time slot via “an experiment with new mobile app technology” (or something).

The following exchange seems to sum up the disagreement best:

Guy Already Playing on Field: You don’t understand— this field has never been booked. How long have you been in the neighborhood?
Bro: Over a year!
GAPOF: Oh, over a year?
Off Camera Guy in Dropbox Tee-Shirt: Who gives a shit? Who cares about the neighborhood?”

Watching this video was disturbing. I am glad I saw it and was very impressed with how the young men handled themselves. I don’t have a problem with the park department making revenue off of some services. nonetheless, any decisions made about changing park use should be made in collaboration with neighborhood residents and regular park users. Clearly, the Recreation and Parks Department (RPD) needs to do a better job of working with park users to ensure everyone has what they feel is fair access to our neighborhood parks.

At the time I saw the video, it had almost 300,000 views. It is surely spawning many conversations about gentrification in our fair city, and who should have a say in how community resources like our parks should be used. Apparently, Dropbox and the Dropbox employee have felt the heat and have since apologized for the incident on Twitter.

What I said was insensitive and embarrassing to both Dropbox and me. In case it helps, we worked it out that day so everyone got to play.

Here’s what SFist.com had to say:

“Assuming you saw the video that spawned another million gentrification conversations over the weekend, you’ll be relieved to know that one of the guys involved, who is apparently a Dropbox employee and may have been playing in a corporate league, has apologized. Also, for what it’s worth to the entire Mission soccer-playing community, Dropbox has issued a formal apology too.

That said, the SF Recreation and Parks Department has NOT apologized. Here’s what I read on Facebook this weekend…

SF Recreation and Parks Responds to Questions of Park Use

Last year, Mission Playfield was available for free or drop-in play 96% of the time. At all of our athletic fields we strive to balance open, free play with structured, organized play which requires permitting. Youth permits and Open Play are always free. We only charge for adult league and reserved play permits. While we will continue to strive to make the permitting process as user friendly for all, the reality is there is no existing, current mobile app that offers permitting on our fields. To permit a space, call 311 or visit our website at www.sfrecpark.org.The Department has long recognized that our City has limited open space for recreation, and we definitely lack playfields for both adults and youth to play. This City’s shortage of fields speaks to the importance of our efforts in recent years to renovate our athletic fields with turf and lights. By doing so, we have added nearly 80,000 hours of available play for everyone.

Regardless, we still lack enough fields to accommodate the growing demand. We encourage all of our park users to respect one another and to share our parks.

Please also see attached photo of Mission Playfield Open Play hours (posted at the park). Paid permitted play is only available on Tuesday and Thursday evenings. All other evenings are available for open pick up play. This allocation was the result of a series of community meetings held before the field was renovated.

Thank you so much for caring for our parks.

Personally, I think soccer fields should be free to kids who show up with a ball and a team… That, said, RPD’s budget has been decimated over the past 10 years and it’s desperate to find any way possible to get revenue.

Reading over the statement (above), I again say the problem here is not necessarily the policy of allowing park users to reserve space at designated times, but a lack of communication around how shared park space should be used. The policy itself may be “fair”, nonetheless if park users are unaware of the policy or if they did not feel a part of creating the policy then it’s obviously not working. I don’t disagree with charging a nominal fee to help maintain our parks, especially when park budgets have been slashed in recent years. Nonetheless, RPD needs to do a better job of community outreach to communicate said policies and involve ALL park users around decision made about our parks. Whatever system is used, all park users should be clear on the rules and feel they are fair. I know from personal experience that RPD could use more than a little help when it comes to involving the community in decision-making. (Our neighborhood clubhouse at Helen Wills Playground would be all but shut down were it not for neighborhood organizing to keep it open.)

Speak up & Show Your Support for Increased Access to our Parks

Come to the protest at City Hall

Scheduled to take place this Thursday at 9:00 AM on the steps of City Hall, the protest organizers state the following goals:

Share your opinions and support by calling and email city officials

What do you think? 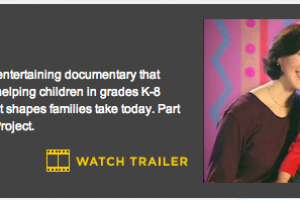 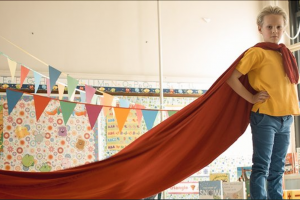 "The mustache was tired of being ignored..."