How Does Good Differentiated Instruction in Middle School Math Look?

First a disclaimer: I am NOT a math teacher! Nonetheless, I HAVE been very excited of late to learn about math instruction with the Common Core State Standards (CCSS). As the new math standards get implemented in our schools, and I see how very different they are from the previous standards and way I learned math, I have been eager to learn more about them to see where I can support my girls’ learning at home. (Next year the new math standards will officially be implemented at all SFUSD sites, though many “trailblazing” teachers are already using them. To learn more about math instruction at SFUSD, visit the Math Department Website).

As involved parents, we wrestle with new methods of instruction. We want to help, but may feel at a loss when confronted by new terminology, methodology and new teaching techniques. One of the biggest shifts in the new standards is more emphasis on critical thinking and problem solving. In addition to the content (the facts and “knowledge” we expect students to possess at various grade levels, such as how to add numbers up to 20) the creators of the new Common Core State Standards in Math have also created a new category of standards that apply to all grade levels called the Standards for Mathematical Practice. These are standards “describe varieties of expertise that mathematics educators at all levels should seek to develop in their students.”

The Math Process Standards include:

As you can see, this is a dramatically different approach to the way many parents were taught mathematics in school. I remember a greater focus on memorization of facts and formulas. There was not a lot of talk about problem-solving or cultivating in students an ability to explain the relationship of various math concepts to one another. (For more on this at the elementary level you can read my post: “Not Your Mama’s Math: How the Common Core is Changing Math Instruction“)

Math instruction tailored to the needs of every student

In addition to new content, SFUSD teachers (along with other educators across the nation) are moving away from tracking. Research has shown that tracking does not lead to improved performance with high performing students. In addition, it does great harm to low performing students who end up falling farther and farther behind. In order to meet needs of students with varying abilities in the same classroom, teachers will have to differentiate instruction, or modify instructional goals and supports, based on student ability.

In a previous post where I wrote on the new SFUSD Math Course Sequence, one concern came up time and time again…. especially at the middle school level. Many parents expressed frustration that their children, who are high performing students, are expressing boredom in class. They expressed concern over removing “honors” classes (which is a form of tracking) from middle schools. These parents stated that their children are already not be appropriately challenged. How could throwing them in mixed ability classrooms make instruction better? One could logically argue that it will only make math instruction worse for high performing students who will receive “dumbed down” instruction aimed at meeting the needs of lower-performing students.

These conversations helped me realize that at a minimum, we educators are not doing a good job of showing parents what good differentiated instruction looks like. The comments I received are just a small sampling and the sample is in no way scientific. Moreover, the fact that I received such a large number of comments on this post has me thinking that this is indeed a problem at many sites.

Let me tell you what it DOESN’T look like:

Unfortunately, many high-performing students are receiving these types of activities under the guise of “differentiated learning.” In having conversations with parents about what good differentiation looks like, I realized it would be easier to “show not tell.” I have always understood education is a practice. It much better to see good practice in action, than hear it described.

So, with that in mind, I found a good example of differentiated math instruction via the Teaching Channel. As most of the concerns I heard about implementing the new CCSS for Mathematics relate to differentiation of the new at the middle school level, I chose a video which provides several examples of what good differentiation can look like in a multi-ability middle school math classroom.

What other examples are there for good differentiated instruction? Please share links and resources in the comments below. 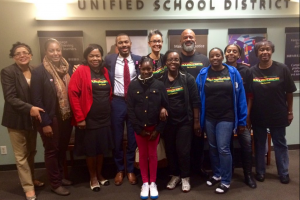 Last Tuesday, I was proud to attend the SFUSD Board of Education meeting to show Black families support for the district’s math sequence.

My Recommendations for an Effective SFUSD GATE Redesign

We can make some great and positive changes if we implement the following recommendations... 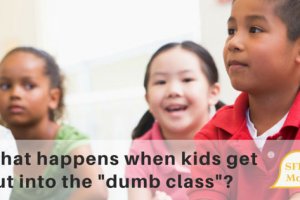 This student reinforced for me why we cannot support the "Accelerated Algebra in Middle School" track that some Lowell teachers and parents are proposing.