This month, I am especially excited to learn more about the African-Americans who have made our country great. In my search for knowledge, I am coming across some great resources that I’d like to share with you!

(This is the nineteenth in a series of posts devoted to sharing the rich history of African-Americans. For that reason, I’m reposting previous posts that celebrate Black History. This one originally appeared on April 4, 2016. To see more posts in this series, click here.)

In honor of Dr. Maya Angelou’s birthday (April 4, 1928) and National Poetry Month, I wanted to share some words of wisdom from one of SFUSD’s most illustrious alumni. Yes, Dr. Angelou attended George Washington High School!

Although Dr. Maya Angelou was originally born in St. Louis, Missouri, (my grandmother’s hometown) she spent a lot her formative years in San Francisco. Here is a little more information from the Poetry Foundation about her life:

Angelou attended George Washington High School in San Francisco and took lessons in dance and drama on a scholarship at the California Labor School. When Angelou, just 17, graduated from high school and gave birth to a son, Guy, she began to work as the first female and black street car conductor in San Francisco. As she explained in Singin’ and Swingin’ and Gettin’ Merry like Christmas (1976), the third of her autobiographies, she also “worked as a shake dancer in night clubs, fry cook in hamburger joints, dinner cook in a Creole restaurant and once had a job in a mechanic’s shop, taking the paint off cars with my hands.” Angelou married a white ex-sailor, Tosh Angelos, in 1950. After they separated, Angelou continued her study of dance in New York City, returning to San Francisco to sing in the Purple Onion cabaret and garnering the attention of talent scouts. From 1954 to 1955, she was a member of the cast of a touring production of Porgy and Bess. During the late 1950s, Angelou sang in West Coast and Hawaiian nightclubs, before returning to New York to continue her stage career.

So… to recap. In her teens and early adulthood, Dr. Maya Angelou was a high school dropout. She was also a teen mom. And, she was the first Black street car conductor in S.F.! Dr. Angelou was definitely a woman who would not be defined by her race, the times, or her gender. (Click here to learn some other things you might not have known.)

Most folks know of Dr. Maya Angelou as a poet, but may not know she started out as a performer.

In the 1950’s New York, Dr. Angelou got involved in the Harlem Renaissance, and met many famous writers including James Baldwin. Later, she followed the work of Dr. Martin Luther King, Jr. and became involved in the civil rights movement. That said, there is simply TOO much to cover here, so I urge you to learn more about this amazing woman’s life and work. She is truly inspiring!

On that note, I found a great video of Dr. Angelou speaking in her own words about why we should be our best selves and pursue our passions. Check it out below!

And, if that’s not enough… Here are 10 inspiring quotes from Dr. Angelou:

Don’t Just Get Inspired – BE Inspiring!

Are you inspired already? Here are several things you can do to honor her legacy:

Tell your story – Write your own story. Share your unique view with the world. Inspire others!

Share your Wisdom – What advice would you give to your younger self? Write your younger (or older self) a letter to share what you’ve learned about what is truly important in your life.

Celebrate Poetry Month – Get your whole family into reading and writing poetry. Check out my  Poetry Love collection of resources and ideas on Pinterest.

What inspires you about Dr. Maya Angelou? Share your favorite quote or memory in the comments below.

Those involved in the enrollment process are probably aware that[...] 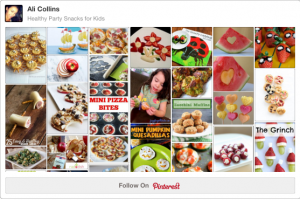 Parents need to partner with schools in helping kids make healthy food choices. Here are ideas to get your family cooking kid-friendly snacks for your next class party. 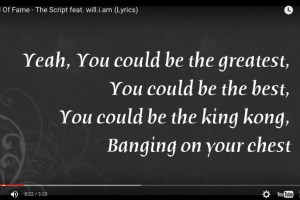 A Little Monday Inspiration or Finding a Personal Theme Song…

It turns out, I actually LIKE some of the music my girls and their friends listen to! So much so, that this song has now become an anthem for us when we face our fears and challenges.