(This is an older post. Nonetheless, it’s even more relevant today. Each year I honor Dr. Martin Luther King’s legacy by celebrating his life and work all week. Check out the whole series and more here.)

I have been writing about the simplification and commodification of MLK’s legacy for a while now. This is especially apparent in schools: teachers have kids sing songs of peace holding hands in the name of racial harmony only to go back to business, as usual, the next day, politicians quote MLK quotes with regularity to support their own twisted, segregationist goals.

I am not alone in my critiques (Hence the #ReclaimMLKDay hashtag and recent #96Hours of protest across the country this past MLK Day weekend.

Learning a lot from the #ReclaimMLK tag. How many young leaders are being pressed down today? pic.twitter.com/2jxppt2o8k

But it wasn’t until I read John Metta’s essay that I fully understood what has bothered me so much about the misrepresentation of Dr. King’s legacy as one of peace (without the protesting, thank you very much!)

Webster defines a trope as a “a common or overused theme or device “. The term Magical Negro was first coined by Spike Lee to define a common Black character (or archetype) in film or literature who is imbued with magical powers which he/she uses to help the main [White] character. The Magical Negro trope serves as a plot device in that his/her sole purpose is not to carry the story but to support the main [White] character in realizing his/her true self and ultimately overcome his or her own internal and external struggles and thus resolve the story.

The Magical Negro trope is everywhere. You’ve probably seen this character a million times (check out this list.) Think of Stephen King’s The Green Mile, Morpheus in The Matrix, and as Metta points out “… just about any role Morgan Freeman has ever played.” In fact this trope is so prevalent, Key and Peele even created an epic skit which involves “Dueling Magical Negros” who try to out compete each other in the service of a white guy in despair.

Even though the Magical Negro character may superficially seem to be a positive portrayal of Black culture, the ultimate result actually reinforces racist narratives as Matthew Hughey states in his article, “Cinethetic Racism: White Redemption and Black Stereotypes in ‘Magical Negro’ Films”:

These powers are used to save and transform disheveled, uncultured, lost, or broken whites (almost exclusively white men) into competent, successful, and content people within the context of the American myth of redemption and salvation. It is this feature of the Magical Negro that some people find most troubling. Although from a certain perspective the character may seem to be showing blacks in a positive light, he is still ultimately subordinate to whites. He is also regarded as an exception, allowing white America to like individual black people but not black culture.[1]

Even though this character appears to be a positive representation of black people he/she is still a stereotype. The Magical Negro NEVER leads in the story, he/she always plays a simplistic, supporting role. His/her function is solely to further the White leads story, and as such is subservient, not to be an active, complex character in his own right.

Metta makes the connection to current misrepresentations of Dr. King:

Of course, it’s ludicrous. While he was alive, Martin Luther King was possibly one of the most hated men in America. The government had him wire-tapped and considered him a national threat and at the time of his activism, White America would have been happy to see him put away or worse.

Yet today, even borderline racist Republican candidates invoke his name. The peaceful, non-violent Martin Luther King — much like the sweet, innocent, and mostly silent, Rosa Parks — is claimed by White people as if he is a talismans of redemption. 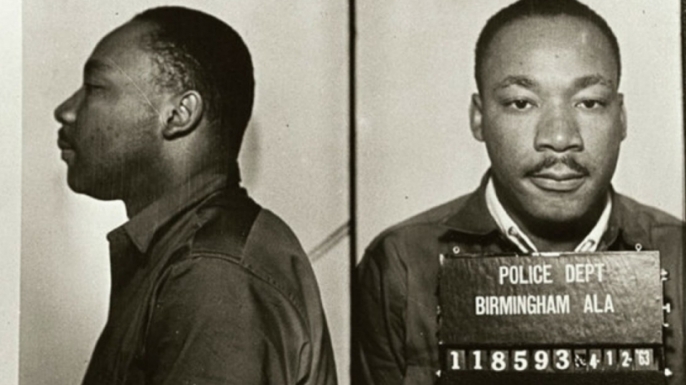 On April 16, 1963, civil rights leader Martin Luther King Jr., imprisoned in an Alabama prison cell, completed work on one of the seminal texts of the American Civil Rights Movement.

MLK The Magical Negro: So the questions remains…

What are we teaching our kids and students about Dr. Martin Luther King, Jr.’s legacy of freedom-fighting, protest and resistance? Dr. King was a preacher, a writer and a community organizer. What ACTIONS are we willing to take to truly honor his name?

MLK The Magical Negro: If you are a teacher…

Check out these Do’s and Don’ts of Celebrating MLK Day from Teaching Tolerance, or

Read articles like Teaching MLK’s Life—The Man, Not the Myth, with your colleagues and discuss ways to share MLK’s legacy of social justice with your students.

MLK The Magical Negro: If you are a parent…

Educate yourself of the life and legacy of Dr. King with this list compiled by the L.A. Times titled, Celebrating Martin Luther King Jr. in books

Watch The Story of Martin Luther King Jr. by Kid President and talk with your kids about what YOU CAN DO to create positive change NOW. Are kids of different races, genders, languages, etc. friends now? Do they go to school and play together? What can you do to help create racial justice?

Does any of this make sense to you? Tell me your thoughts in the comments… 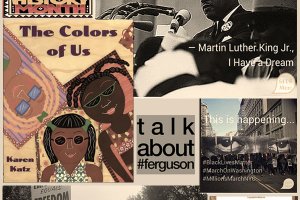 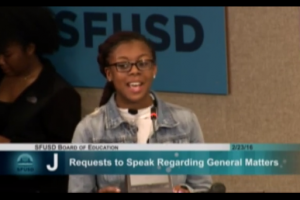 Lowell BSU Students Demand Respect. Here’s What We Can Do!

It's time to stop making excuses for the racism in our schools. Here are Lowell BSU student demands and what we can do to support all students in felling welcome and valued in our schools. 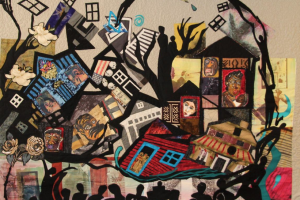 This is an amazing resource for parents or educators wanting to share the richness and diversity of our African-American history and experience through artistic quilts.