(I’ve decided to honor Dr. Martin Luther King’s legacy by celebrating his life and work all week. Check out the whole series and more here.)

I have to admit, I am beginning to actually dread MLK Day. Why? Because more and more I’m realizing how much we are all inundated with MLK Day “Lite”.

I wrote about this a while back when I found out my daughters 1st grade class read the “I Have a Dream” speech and then did an activity about what they wanted to be when they grew up. I’m glad little Carlos wants to be an astronaut when he grows up, but WTH does that have to do with fighting for racial justice? freedom from oppression? human rights?

I’m all for career ed, but this is NOT Dr. King’s legacy.

It Turns Out I’m Not Alone

Jose Vilson, (the creator of the #educolor hashtag) wrote a piece posing questions for those interested in co-opting Dr. MLK Jr. for their own ulterior motives. In it he asks: “Do you even social justice?”, “Do you actually give the people you purport to represent agency and voice in what you’re doing?” and “Are your talking points a matter of comfort and convenience, or challenge and controversy?”

A few questions for people who want to co-opt MLK Jr. for their ulterior motives, esp. in education:

Freelance writer, Andre G. also talks about about his discomfort participating in what he calls “sanctimonious American federal holiday” where folks suddenly spout virtues they should be thinking about all the time. In a piece titled Why It’s Hard To Celebrate MLK Day he writes:

The media attempts to make him a cuddly, “peaceful revolution” teddy bear so all future activists can be compared to him, so any movement that’s not completely submissive is seen as inferior and undeserving of recognition. The same policing system that beat and hosed MLK and his fellow activists still preys on blackness with no accountability. Ferguson, Missouri rioters and protesters who refuse to let the cycle continue have been vilified. This year in particular, I’m sure the “fair, balanced” and hamhanded commentary will have his legacy diametrically opposed to the protests and riots going on. They will discuss how he stressed nonviolence, but they won’t discuss how he said “a riot is the language of the unheard”, and “if the total sum violations of law by the white man over the years were calculated and were compared with the lawbreaking of a few days of riots, the hardened criminal would be the white man.”

Our country seems to have a selective memory when it comes to Dr. King. It is understandable that some folks want to remember the bad ‘ol days as not so bad, but when we begin actively teaching this narrative to a new generation, I want to scream. Case in point: Scan the Internet and you will find loads of MLK Day children’s crafts that grossly distort Dr. King’s legacy. Take, for example the PBS Learning Activity that popped up in my Twitter feed that teaches kids to make a garland of white peace doves out of coffee filters. How about teaching them to make protest signs instead? This activity isn’t just lame, it is actually harmful in that it distorts MLK’s message of peaceful resistance into fighting back when one is targeted or oppressed. (And I’m NOT exaggerating here, as a teacher, I’ve actually had to tell sweet, introspective kids who are being bullied that there is nothing wrong with defending yourself, despite the MLK non-violence rhetoric that had been pounded into them for years.) 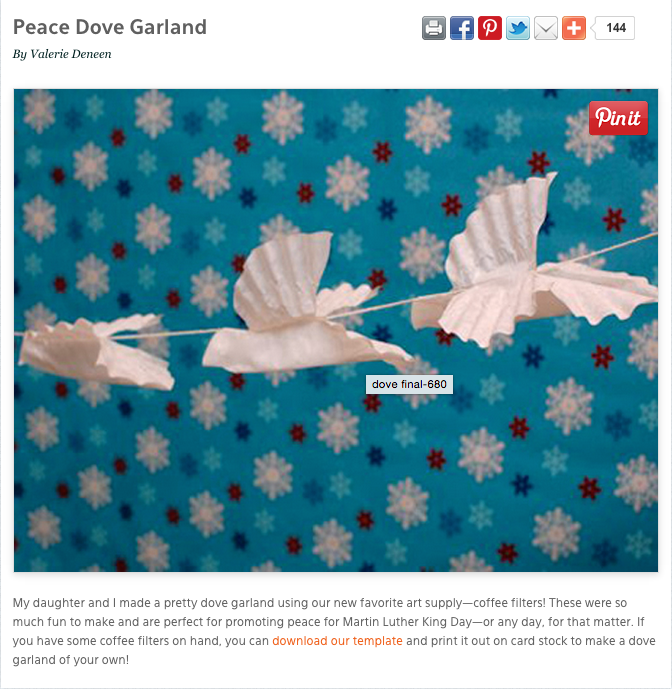 Thank God for Twitter and those who are NOT DOWN for co-opting the struggle for racial and social justice. #ReclaimMLKDay is a hashtag and a movement to reclaim the legacy of Dr. King.

When did Dr. King’s Legacy become: 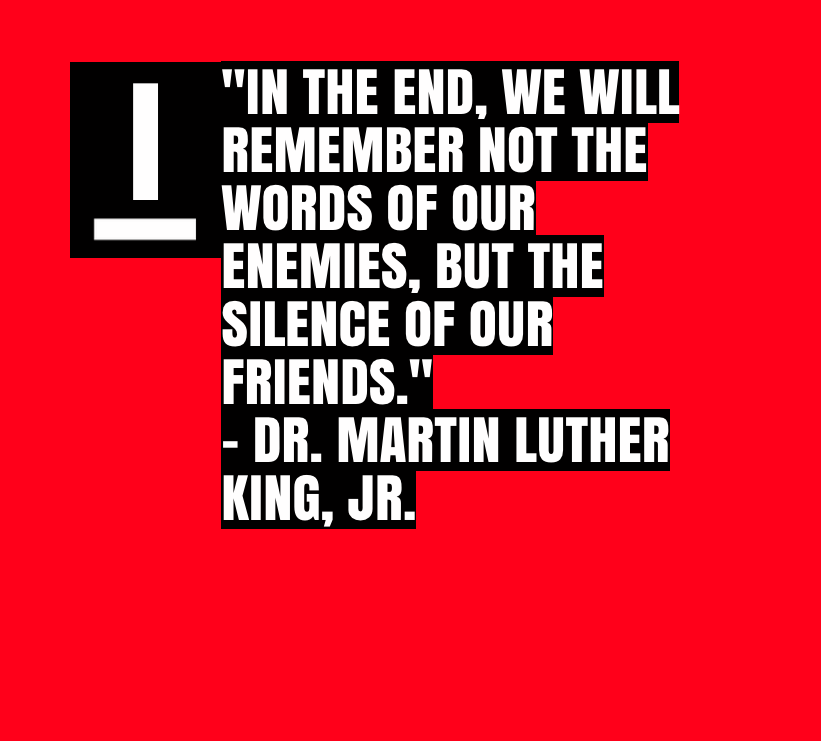 Whatever you do to celebrate King’s Legacy, DO SOMETHING. Because doing something, is taking action to continue Dr. King’s work to change what’s not right with our world.

Do something today, because not doing anything, is actually DOING SOMETHING to keep racism firmly rooted in America’s DNA.

Doing nothing is actually NOT right, or peaceful, or just. It is reinforcing the status quo. It is deciding not to speak up when black boys have a 20% lower chance of graduating from high school than white boys. It is sipping sweet tea while black men are six times as likely as all white men to be incarcerated in federal, state and local jails. It is taking a nap while black folks are twice as likely to be unemployed as white folks.

It’s called “the struggle” for a reason.

What are you doing this MLK Day? How are you sharing this important holiday with your kids?

Need ideas? Check out these previous posts on race or click the links below:

Let’s stay connected! Follow me on social media at the following sites: