So, why are some kids still being shut out?

The maker movement, as we know, is the umbrella term for independent inventors, designers and tinkerers. A convergence of computer hackers and traditional artisans, the niche is established enough to have its own magazine, Make, as well as hands-on Maker Faires that are catnip for DIYers who used to toil in solitude. Makers tap into an American admiration for self-reliance and combine that with open-source learning, contemporary design and powerful personal technology like 3-D printers. The creations, born in cluttered local workshops and bedroom offices, stir the imaginations of consumers numbed by generic, mass-produced, made-in–China merchandise.

As Rafranz Davis’ observes, in educational spaces, “Being a  maker” isn’t new or necessarily tech”. And, she’s right. As kids, we were making stuff in middle school metal, woodworking and cooking classes… Kids have always made stuff.

She’s also right, that in education, we like to take old concepts and reframe them as something totally new. What some are calling a “hot new thing” in education is in many ways a resurgence of the not-so-new idea of teaching kids how to create and invent things with “hands-on” instruction. What was vocational or career-technical education of the past, is now called the “maker movement.” (There was even a TIME article about it for chissakes!)

Yet, even when we see a resurgence of older ideas, it’s always helpful to note how ideas evolve when they come around again. One notable shift today is that we are seeing the relationship between “making” and learning “academic” concepts like science, math, technology and art.

Check out my daughter’s foray into the makerspace with this DIY video on making handmade Valentines Cards.

Unfortunately, this “either/or” mentality of the past, ultimately sorted and labeled kids into tracks of “college-bound” vs. “job-ready”. Often kids were sorted into tracks before they even had the chance to explore their interests and talents.

Over time, folks started to see the ways students were provided and denied access to academic opportunity. Not surprisingly, this sorting process had racial and socioeconomic implications. Black and Brown (and immigrant, and English Language Learner) kids were often relegated to the vocational education tracks, while White and Asian kids were placed in college-preparatory classes.

When I worked with Oakland Unified school district on a project to analyze student transcripts across the district, it became painfully obvious for all involved that placement into gifted/honors and middle school algebra classes, had as much to do with a student’s race, home language or zip code, than it did with any perceived ability. Talk to any families of high-performing Black students and you will hear story upon story debunking the idea that high test scores or grades are used as an impartial measure of student “merit” in being placed in gifted/honors classes. Quite often, Black and Latino families have had to fight to get their kids into these classes, while many While and Asian kids have been placed into them by default.

Or, just more of the same?

Davis’ article stands out for me because of this. While she praises the “maker movement” for fostering more creativity in our school classrooms, she also had some interesting observations about the way makerspaces are often implemented. She states:

This statement got me thinking, “How the new makerspaces are in many cases be a new way to do an old thing?” That is, how is the “maker movement” in schools just another way to allocate extra resources to programs which benefit some people’s kids while denying “other people’s kids (read: low-income, Black/Brown, etc.) access to stimulating opportunities to connect with what they are learning. For some reason, as a society, we still believe some kids have to “earn” the right to an education that serves their interests and needs.

Don’t ALL kids deserve that?

I’m proud our district has eliminated some of the racist and segregationist tracking policies of the past. It is no small feat that SFUSD has effectively eliminated honors/GATE classes that served to track many of our students OUT of educational opportunities.

Nonetheless, institutional racism is a hard beast to slay. Many of our middle and high schools now offer coding, art, music, and multi-media classes (Yay!) Yet, many Black and Brown and immigrant students are still denied access because “their schedules won’t allow it.” Counselors and administrators explain students are being placed in “support” classes for remediation or English Language development. Their is only room for so many courses outside of the standard required courses, and thus, Black and Brown “don’t have room in their schedules.”.

In other words: “It’s not institutional racism … the schedule made me do it.”

So, say it with me! The more things change, the more they remain the same. Students are still being denied opportunities to explore their talents, interests and passions. And, the implications of policy decision are having racialized outcomes, but it’s not something we can fix, because … ?!?!

As educators and equity-centered families, we should not be OK with this.

What types of makerspaces are you seeing in your school? Who has access? Who is denied? How is student creativity and ingenuity supported for all students? Share your thoughts in the comments below. 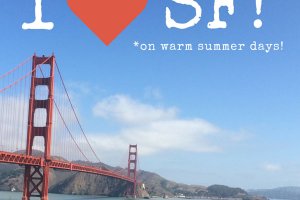 Continuing with my FAD Series (Family Activity Days) here are a few of the things we’ve been doing this summer in the Bay Area. And if you're new to SF or just visiting for the day, remember to bring lots of LAYERS!!! 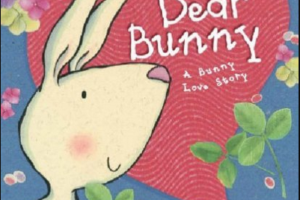 I'm a BIG proponent of Valentines Day as a day for celebrating LOVE of all kinds (non just romantic heterosexual cis-gendered love.) My girls and I do a lot to celebrate the love we have for all the different people in our lives. The following a few books my family LOVES about LOVE! 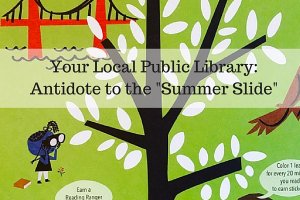 Snapchat Stories: A Visit to the Northbeach Library

I put together a short Snapchat video showcasing one of the best FREE resources I know in our city for informal learning: your local SF Public Library.