Implicit Bias Doesn’t Just Hurt Those Who Are Discriminated Against

I’ve written about unconscious bias before… Seeing this video, reminds me that if we are thoughtful, contributing members of society, we must continually disrupt patterns of institutionalized racism in our world, starting with ourselves! That means consistently reflecting on our own internalized biases about race/class/gender… you name it. (We all have it to varying degrees.)

This video serves as a great example of why we should constantly question our own biases. PLEASE watch it now, before reading on…

Were you surprised? I was.

Most folks talk about how unconscious bias is hurtful to those who are discriminated against. We know full well, this is true. But, what we don’t talk about enough is how unconscious bias (or implicit bias, as it is called by researchers) also hurts those who discriminate. Examples like these serve as just one more reason to promote integrated and diverse classrooms schools, workplaces and neighborhoods–not just as an added benefit, but as a goal unto itself. 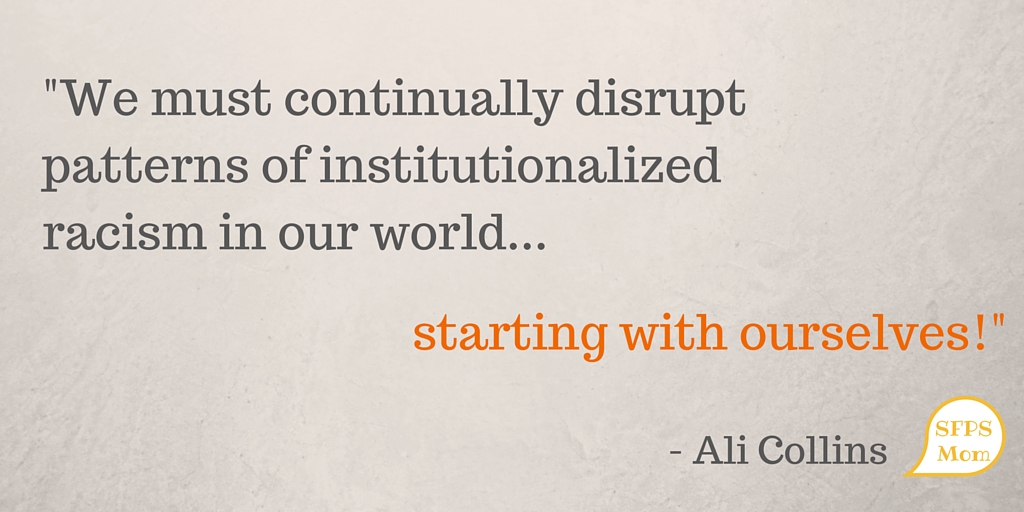 What do you think? How does our bias prevent us from seeing the world as it really is? Can you think of other examples of of how unconscious bias harms those who discriminate?