As a child, I was highly discouraged from doing anything that might cause me to get hurt. Not because I was a girl so much, though culturally, that did have a definite impact. But because my parents were such eggheads (Yes, Mom, I know you’re reading this… but it’s my blog and if you know anything, you know I gotta keep it real.) So, let’s just say I didn’t really learn to ride a bike until adulthood, and I have become an adult with an irrational fear of rolling, sliding, or basically moving in any way.

That said, when I became pregnant, I was super happy to learn that my twins would be girls… Why? Because, I’m sexist.

Yes, even though I hate to admit it, I was brought up believing that boys are more rough, athletic and active than girls. And, for the most part this has proven to be true in my home, even though I have actively encouraged my daughters’ to try sports I avoided as a child.

Imagine my surprise when upon picking up my girls from their Step Up to Middle School program, I saw them rolling on skateboards across the yard! To my even bigger surprise, they were literally begging to get their own skateboards to practice at home. ?!

So, off to the skate shop we went — a space which I had grown up viewing as foreign territory, a place where I know NOTHING. And this is why I love being a mom… As my girls continue to explore their world, I’m constantly challenging my own perceptions of what can and can’t be done and who does what. 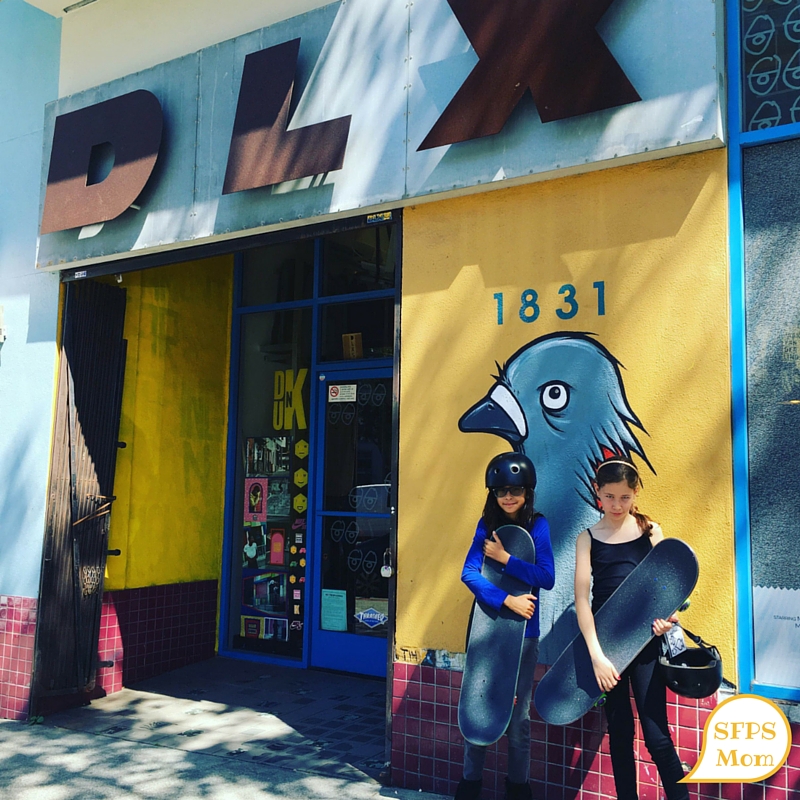 Skating culture has changed so much since I was a kid. What used to be a fringe activity for disaffected White boys, has evolved into a mainstream sport enjoyed by boys and girls of all ethnicities. Of course there have always been trailblazer girls and people of color who embraced the sport. Nonetheless, the images I saw growing up looked nothing like me.

Nonetheless, when we entered the skate shop, instead of being treated like losers who don’t know what we were doing, (as I had secretly feared) we were given royal treatment from a super cool dude (and dad) named Matt at DLXSF who led my girls step by step through the process of picking out boards, trucks and wheels. He explained the details of board size and wheel hardness and even gave us a short lesson in the physics of ollies (!) (Follow DLXSF on Facebook or Instagram. And if you go in, make sure to say, “Hi” to Matt for me!)

So, what have I learned from this experience? Well according to my girls… I am a sexist. (OK… I’ll take that.) And my even bigger take-away from this experience is that we all have room to expand our thinking… even me. I’m even challenging myself to get on the skateboard myself, because, according to my girls, we are never to old to learn new things.

It also reinforces the idea that representation matters! If I had seen more images of girls and people of color on skateboards, I might not have held these preconceptions for so long…

So, to finish things off… I wanted to share a skateboarding video featuring a local middle school teacher and his awesome students from James Lick Middle School. I bet I’d have had a MUCH different attitude about skateboarding if I’d have had him as my teacher.

In some ways, being a city kid has never been cooler. Do you have any city-kid friendly activities to share? How have your children’s interests pushed you as a parent to explore new interests and attitudes? Please share your ideas and resources in the comments below! 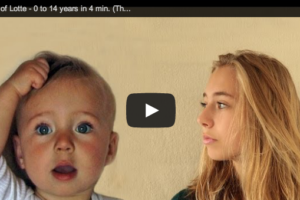 Treasure Them When They are Young

Watching these videos brought tears to my eyes. They remind us... Life happens so fast. We must treasure our time with our children while they are little. 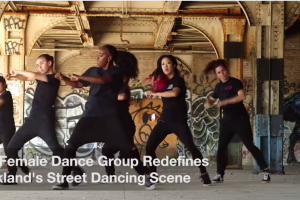 Watching these women dance, makes me realize just how ubiquitous the Beyonce-style of dance has become in modern media today. Why does every dance I see on YouTube involve some manner of jiggling ones booty? And why is everyone dressed in a designer bikini with sequins?

The Conversation We Need to Have with Our Kids…

The other day, my husband and I were blown away by a specific comment that one of my girls made during a routine squabble. Daughter "A" decided to pull out the big guns in their verbal tête-à-tête when she "casually" told Daughter "B"... "Your butt is big." (!) ...