One of my favorite authors, Ijeoma Oluo recently wrote: So You Want To Fight White Supremacy. In this excellent article she outlines the ways “enraged” Americans can take action to push back on the system of white supremacy currently keeping our country in a chokehold. She writes:

White supremacy is first and foremost a system. A system which puts the belief that white people are superior to other races into practice. It is this system that makes white supremacy as dangerous as it is, and it kills people much more violently and with more frequency than we’ve seen this past weekend in Virginia.

White supremacy is in our workplace, our school system, our government and our prisons. It is in our books and movies and television. White supremacy has been woven into the fabric of our nation from the moment that white settlers decided that their claim to land was more important than the lives of indigenous people. This is not a new problem. This is America.

One way schools are complicit in maintaining white supremacy, that is seldom discussed outside of educational circles, is in racial, linguistic and economic segregation. As an educator, I’ve seen firsthand how “gifted”, magnet, and profit-model based (e.g. charter, private) programs track students into or out of educational opportunities. They also limit students opportunities to form relationships with children who come from different backgrounds than themselves.

Gifted Tracking: Even more disturbing… Not only did students in these classes get tracked into or out of quality instruction, they and their families came to internalize ideas about who is, and isn’t, intelligent.

When our district finally eliminated gifted tracking, (and to this day, I believe it is the only major county office of education which has) it was met with outrage by a small group of influential families, whose children by and large attended our district’s elite high school, Lowell HS (a school with a long history of conflict around race.) 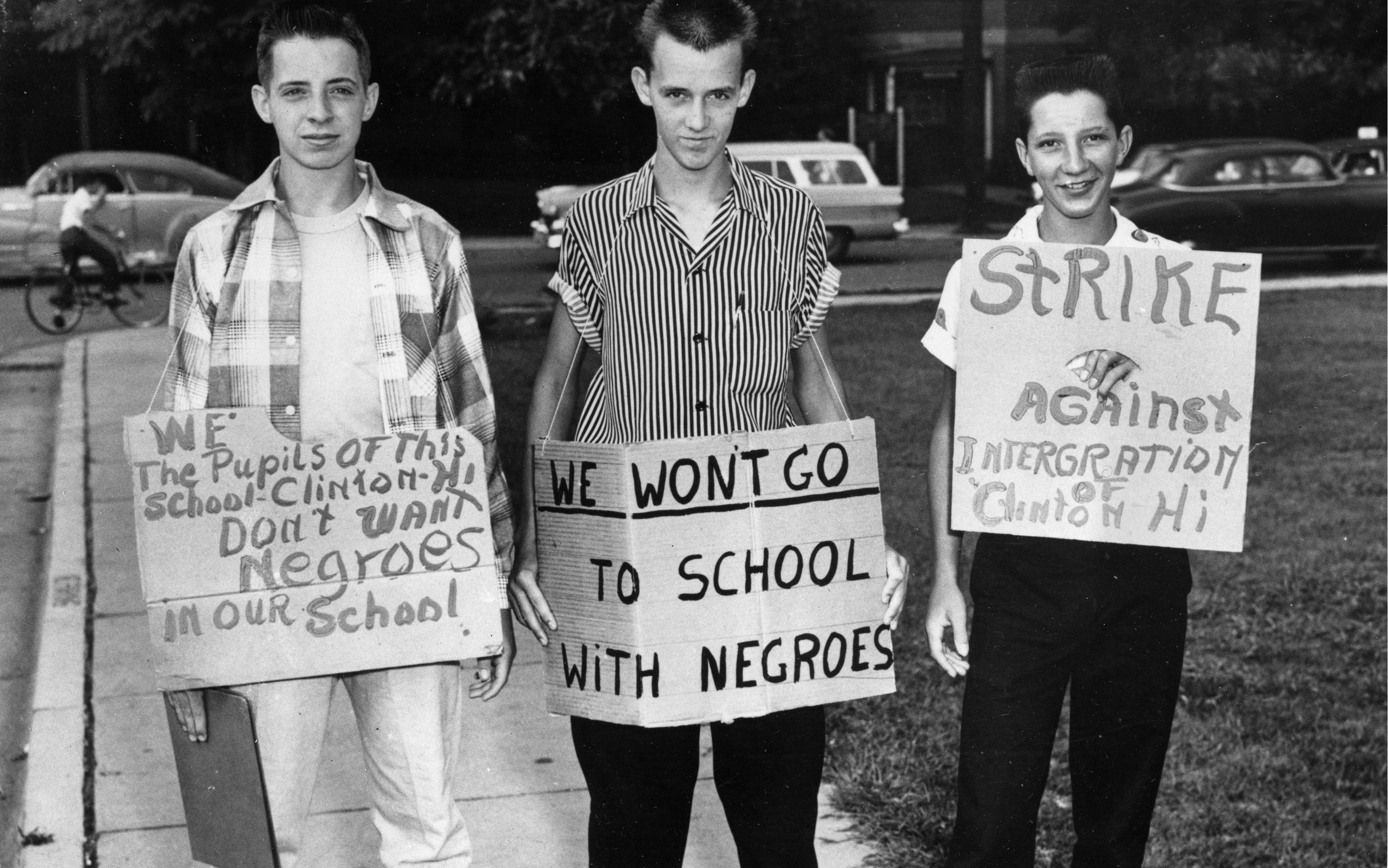 In challenging these parents online and in person, initially “rational” arguments filled with coded racism, quickly devolved into full-on racist rants about the ways Black and Brown children were violent, lazy and undeserving of “good” instruction. They hadn’t “earned” it, parents would say. When confronted, folks often used “cultural racism” to rationalize their arguments. “I‘m not racist’” they’d say, “It’s a cultural thing. Black families don’t value education like Asian families do. They let their kids watch too much TV, they get divorced too easily, they foster violence. If they raised their children like Asian families do, they could achieve success as well.”

Sadly, many of the parents who openly said (and wrote) these things are in leadership positions on school PTA and other parent decision-making bodies. In fact, last year’s PTA president at Lowell HS, has been one of the district’s worst offenders: 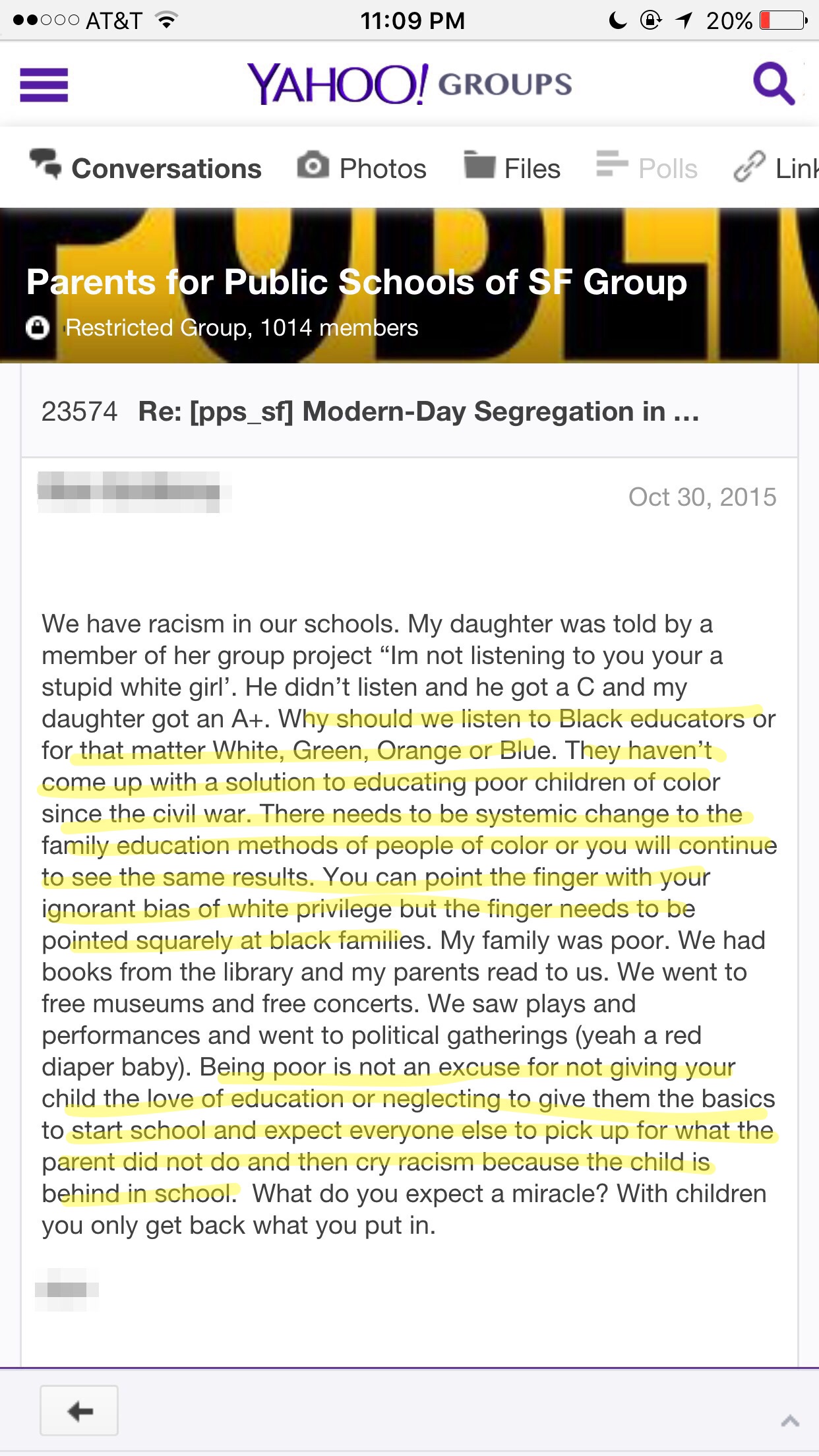 The fact that there was nary a peep about the election of a man who would say such incendiary things about Black families is telling. Current reports also show many Lowell educators are still struggling to have meaningful conversations about race. All this serves as evidence that white supremacy is still alive and well in San Francisco schools. And, if this is true in a decidedly progressive city such as ours, I have to wonder how bad it is in other more traditional (read: conservative) cities.

Thankfully, our district had the courage and the political support to stay on course and ultimately eliminate a racist practice that educators have been discussing for YEARS. Don’t believe me? Jeanie Oakes, a prominent researcher is one of many researchers who has found a strong relationship between “ability” tracking and race or ethnicity and other socioeconomic characteristics. She states:

classroom segregation does exist in many schools that are racially balanced at the building level…and evidence suggests that magnet schools often operate racially imbalanced classes.

Yet, even while educators have been discussing tracking for decades, conversations about “school choice” “merit” and “giftedness” (and now the more fashionable term “accelerated”) and the ways they maintain white supremacy are still largely absent from the general public’s awareness. And, many district officials and elected Board Members are reticent to restructure programs that directly benefit the parents who they are meant to serve. This includes not only families of white children, but also affluent immigrants and people of color, who show up at Board meetings, and at the ballot box, to ensure they maintain their privilege to more experienced teachers, smaller classes, and well-resourced schools. 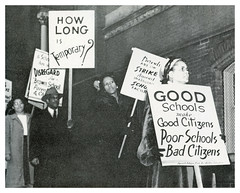 Gifted Tracking: All parents want the best for their children’s education, and we all believe our children are special. Unfortunately, when white and affluent parents advocate for “gifted”, magnet, charter and “choice” programs, they are also promoting the idea that some kids deserve educational access to quality education over others. In this way, many self-proclaimed “progressive” parents, continue to reinforce white supremacy. They may post “Black Lives Matter” on FaceBook timelines, while simultaneously investing their time, money, and social capital in racially segregated schools.

Add your two cents… but remember to keep it civil. I don’t host hate or misinformation on my site. 🙂

A thread on what I’m hearing from teachers during Omicron.