Fighting Back Against Rape Culture

The recent verdict in the Stanford rape case and subsequent letters by both the survivor and the perpetrator’s father have left many of us stunned. Images of a smiling rapist, flooded social media all weekend and have triggered outrage that an affluent Stanford student, who brutally raped a young unconscious woman behind a dumpster after a party, has received a sentence of only a six-months.

The story and conversation around it, have triggered more than outrage — it has triggered many of us to reflect on our own experiences around sexual assault.

I have been lucky in my life. In my 20’s, I was sexually assaulted in my own home after a night of drinking with “friends”. I was just falling asleep when my roommate’s friend entered my bed and began groping my body. I was fortunate to wake up and have my wits enough about me to kick him out of our apartment. As a result, my roommate blamed me for overreacting on the grounds I had “flirted” with him, and because we had all been drinking. I told her she needed to move out.

I felt disgusted, yet “lucky” I hadn’t been raped. Once my roommate moved out (after stealing several CDs), I had all but buried this awful memory in the furthest recesses of my brain. That is until the Stanford rape case went public. I believe my experience and the many I’ve heard from friends over the years explain why the Stanford rape case has been “trending” on social media all week.

Reflecting on Our Own Stories

It’s a strange thing to consider oneself lucky for not being raped. No one ever says, “I feel really lucky I’ve never been hit by a car.” Or, “I feel so lucky I never contracted a brain tumor.” Yet, unfortunately, after hearing about this story, I don’t think I’m the only woman feeling fortunate right now. Thinking back on my adolescence and early adulthood, I am forced to reflect on how many times I could have been raped.

How many women do I know who are survivors of sexual assault or abuse and didn’t press charges or even talk about it after it happened?:

… A childhood friend shares she got felt up by her biology teacher during a school field trip to Catalina. She subsequently drops out of her high school magnet program and abandons her dream of becoming be a marine biologist.

… My best friend from college reveals she developed an eating disorder in middle school after her stepfather started sneaking into her bed at night.

… My cousin recounts a visit to a elderly neighbor’s house as a little girl and is horrified when he starts kissing her, sticking his tongue into her mouth.

These experiences illustrate how common sexual assault is in our culture, and how often it’s unreported. As far as I am aware, none of the women above spoke about these experiences with their families or friends immediately after they happened. I only learned about these incidents years later.

And what about all the women I know who were actually raped, and didn’t tell me about it? Or those who were raped, but didn’t consider it rape, because back in the day our definition of rape only applied to attacks by strangers in parking lots… strangers who are always portrayed as Black and Brown… immigrants…. men who worked low-wage jobs.

In her work on Post Traumatic Slave Disorder, Dr. Joy DeGruy talks about trauma and the ways it is experienced. She explains that one doesn’t have to be a direct target of an attack to experience the impact of trauma, one only has to witness it. The Stanford rape story has not only triggered rape survivors, it has also triggered many of us who are not direct victims of rape. It has re-traumatized those of us who have experienced or witnessed any form of sexual violence.

This is why the Stanford rape case has been burning in my heart all week. The judge’s ruling sent a clear message to all of us; where money, race and power are concerned, none of us are safe.

It confirms that, yes… even though we live in the “good ol’ US of A”, a country on the verge of electing its first female president, we still live in a society that structurally condones violence against women and girls. There are judges in our judicial system who believe it’s OK to give more lenient sentences to convicted rapists (who are White, male and affluent) when harsh sentencing might have a “severe impact” on their futures. There are parents who publicly dismiss the impact of their children raping other people’s children, when there is alcohol involved, or when rape occurs for “only 20 minutes”.

Rachel Norton, SF Board of Education Commissioner, wrote about her reflections on the case and bravely shared her experience as a survivor of college rape. She asks:

How is OK for one person to violate another, just because alcohol is involved? How is it OK for a judge to essentially slap a convicted rapist on the wrist, because of the “severe impact” of laws we’ve put in place to deter just this kind of predatory behavior? And if the circumstances were the same, but the attacker had been a young black man from East Palo Alto rather than a white, star Stanford swimmer named Brock Allen Turner, would the sentence have been the same? I think it would have been far harsher.

What’s a Mother to Do?

This story resonates for me even more for me as a mother. As my girls enter adolescence I am forced to wrestle with the conflict of trying to build up my girls confidence to explore their world of possibilities. At the same time, I must balance a need to shelter them from the violence and hate that lurks around every corner of our misogynistic society.  A society where, according to RAINN, the Rape, Abuse & Incest National Network “Every 2 minutes an American is sexually assaulted. And every 8 minutes, that victim is a child.”

I want my girls to grow to grow up aware, but not afraid… fearless, yet not naive. I am constantly asking, “When are my girls old enough to talk about the brutal realities of sexual assault and rape? What do they need to know to protect themselves as they explore their burgeoning independence? What do they need to know to push back on rape culture? How much is too much information?”

Last fall, I discovered a text conversation between my 10-year-old daughters and their friends on their computer. One of their classmates had posted herself lip-synching in her bra on a popular social media app called Musically. I wondered how I would handle the discovery if it were one of my own daughters? How would I explain to her that posting a picture on a “public” website is inappropriate without making her feel ashamed of her changing body? How would I explain that exploration and expression of her young womanhood in public spaces could be interpreted by others as an invitation to violate her? That posting herself singing in her bra on a silly, social app might one day be used as proof against her that she “deserved” to be sexually attacked?

Many of us are pushing back on the helpless feeling that the verdict has created and are speaking up about our own experiences with sexual assault. This is important, because in speaking out, we de-stigmatize the topic of sexual assault and make it easier for others to talk about it as well. That said, I know my girls are old enough to start talking about these topics, but still too young to get into graphic details. I want to arm them with the knowledge to protect themselves, yet not hinder them with a fear of the world (Need some recommendations for talking to your kids? Try these resources.)

Additionally, it is not enough to focus our energy on just protecting girls. We need to recognize that boys and men are also victims of sexual assault. And we need to push back on our culture of blaming and shaming victims. We must continue calling out bull$hit narratives that girls “should have known better” for “dressing like that”, or that boys are not responsible for their actions because… well “boys will be boys”. We must organize to reform policies and systems in our society that normalize patriarchy and misogyny. And we need to fire judges like Judge Aaron Persky.

Educating our Sons and Daughters about Rape

It is easy to fall into the trap of focusing our attention on teaching girls how to avoid getting sexually assaulted. But we must use this verdict as an opportunity to teach about consent. This mother actually printed out the Stanford rape survivor’s letter and had her husband and sons read it. She suggests we all do the same.

If my girls were in high school or going off to college, I would definitely share and discuss the letter with them. Nonetheless, I don’t think my girls are old enough to handle the graphic details for me to let them read it themselves. That said, I am talking about the case in general terms with them. I am emphasizing that no matter what someone wears, where someone goes, how someone acts, or if drugs/alcohol is involved, rape is never the victim’s fault.

On the lighter side, I’m also going to discuss the idea of consent. I believe this is something we should all be doing with our sons and daughters. Respecting our own personal space and the personal space of others. Not requiring our kids to hug or kiss relatives when they don’t feel comfortable. We can extend the conversation around “keeping your hands to yourself” beyond hitting and kicking to discuss unwanted touching of any kind. And we can educate ourselves and our kids on consent.

The video below offers a great illustration of what sexual consent actually looks like using the metaphor of offering a friend tea.

Last month I performed in the Vagina Monologues, a fundraiser for the Filipina Women’s Network’s (FWN) Anti-Violence Awareness Campaign. If I learned anything from the experience, it’s that silence and shame have been used as a weapon, to keep systems of violence in place. If there is any silver lining to this story, it’s that the Stanford case is inspiring more and more folks to break their silence, and speak up.

So, I’m sending a lot of love to all the survivors of sexual violence out there who will never make the news. Your stories are important. Your experience is important. Let your voice be heard. Let’s work together with womanist, feminist and trans organizers out there to demand justice, and make our world a safe place for all our boys and girls.

How has the Stanford rape story resonated with you? How are you sharing this story with your family? Share thoughts and resources in the comments below. 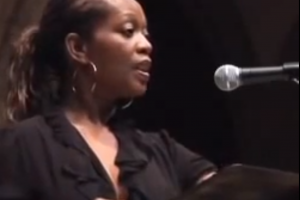 Actress Alfre Woodard performs a very moving piece from black abolitionist, and former slave, Sojourner Truth who delivered an impromptu speech before a gathering of feminists in Akron Ohio in 1851. 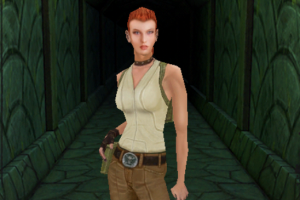 Girls Count! Tackling Underrepresentation of Girls in the Media

Before a 12-year old took on the video game industry, you had to pay to play as a girl. Teach your kids how to fight gender stereotypes in the media. 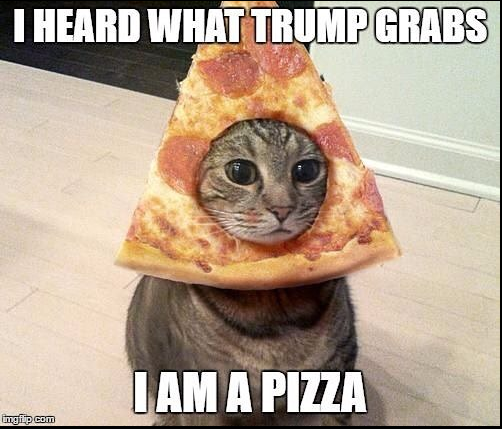 There seems to be no way to avoid the bile coming out of Trump's mouth. So, while we're talking about it... let's use this as an opportunity to fight back agains rape culture by discussing these things with our kids.