Don’t Just Show Your Support – Do Something!

I was originally going to write a post about the beautiful inclusive posters I’ve seen for teachers to post in their classrooms. But I couldn’t… But before I explain that… let me digress…

Do Something! After the March. Now What?

It’s been all over the media. Women’s marches this weekend drew an estimated 3 million people to protest the inauguration of Trump. Marchers marched across the country to stand up and speak up for the rights of women, as well as other communities targeted by the GOP and the Trump agenda. These communities include (but are not limited to): women, Blacks, LGBTQ people, indigenous and native people, disabled people, muslims, low-income people, sick people… basically everyone but the Donald and his friends.

In response to attacks on civil rights, and the rising tide of hate speech in our schools and communities, people are mobilizing to push back. More and more folks are waking up. More and more of us are realizing we can’t ignore racist narratives and hope they’ll blow over. As the Black Lives Matter movement has been saying FOR YEARS… silence does not only equal consent, Silence = Death.  Now more than ever, it is important for all of us to stand up and speak up for targeted communities, especially when and where we have privilege.

Do Something!: Showing our support (is not enough)

Artists are answering this call by creating public art for schools and other institutions. In recent weeks, I have seen some beautiful work that educators and parents can share within their communities to show their support. (This poster below by Micah Bazant is just one example.) I love this art by Micah Bazant. If you click this link you can download a free poster and also link to K-12 curriculum.

Nonetheless, just like the whole safety-pin thing, I’m having trouble wrapping my head around the ways many “allies” perform engagement, but don’t actually show up when their support is needed.

I think the picture below really sums up a lot of the experiences Black, trans, and indigenous folks have been sharing on social media over the last few days…

Do Something!: If you’re just SHOWING support, you are a part of the problem

I’ll be honest, as I said at the beginning of this post, when I started writing, I originally wanted to share some of the beautiful posters I’ve seen, so that teachers at my daughters’ school and others could put them up in classrooms. But once I started writing, I couldn’t write that post… you know why? Because…

Putting up posters, or wearing safety-pins or pink p*ssy hats will not protect folks from the very real dangers many communities are currently facing. We need to do MORE than just perform our support—we need to take ACTION. 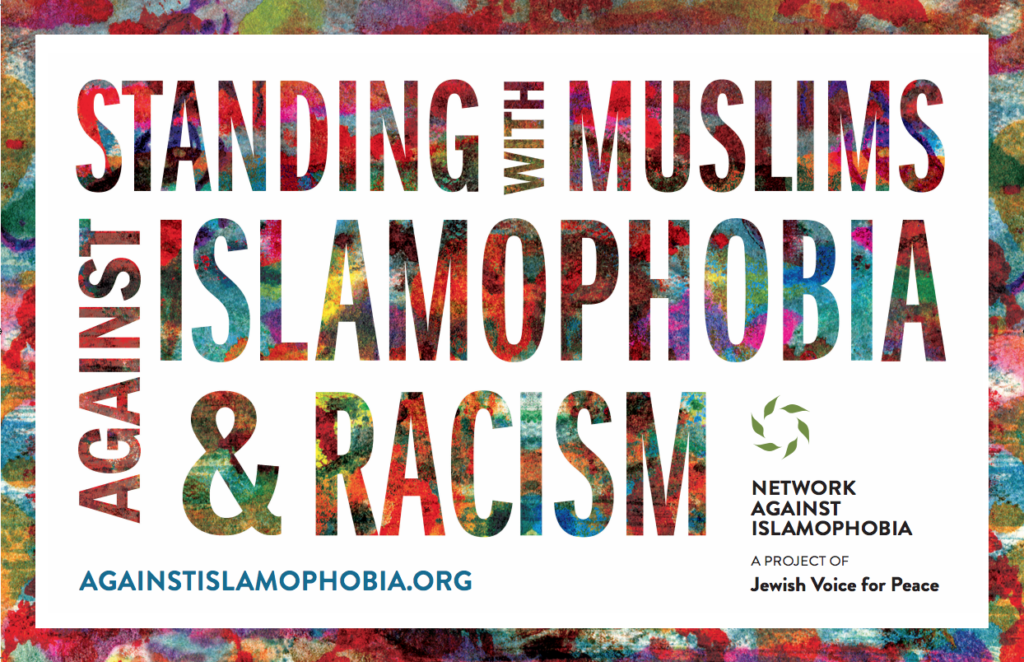 This is one of the cool posters I wanted to share. Click the picture to download a free Pdf poster. If you do… please, don’t just post it. Think of ways to use this poster to start larger conversation about what you can do to support Arab and Muslim families.

I love the idea of having posters like this line the hallways of my daughters school and every school in the nation. I think they should be there. But if inclusive posters like these are up on classroom walls, and adults schools don’t actively address racist “jokes” about Muslims being terrorists, or transgender youth are scared to go to the bathroom, or Black children are being criminalized for being “defiant”… I think posting posters like these actually does a disservice.

Do Something!: My cognitive dissonance story

Let’s get real for a moment, shall we? Black and Brown folks are experiencing a LOT of cognitive dissonance right now. Many of marginalized folks are finally hearing people say the right things and seeing hopeful signs of engagement. Nonetheless, we are also seeing a disconnect between the words and actions of our supposed allies.

Case in point: Last fall, my daughter had to listen to kids joking about the KKK, Trump and sending immigrants “back to Mexico”, My daughter and I reported it, and our school, which considers itself a “community school” and held an “Inclusive Schools Week” last December, took three weeks to convene a conversation with her and the kids who were joking. Outside of that, the school never once spoke to her to gather her point of view. (!?!)

This same school recently held elections for student representatives, online, outside of school time, with a closed nominations process. The winning student got a total of 20 votes, out of a school of 600 students. When student and parents spoke up about it at a community meeting saying it disenfranchised low-income students. Nothing happened.

This same school broke state law at the beginning of the year by charging families money for school uniforms and graduation supplies. (This has since been corrected through district intervention.) This is the same school bused Black kids, after school, to a another middle school, so they could see their culture celebrated at an African American History Assembly. (Apparently White, Asian and Latino kids don’t need to celebrate Black history or culture.) This is the same school with a principal who blocked Black and brown parents from participation in a Family Engagement Committee stating the “roster is full”. (Apparently one White PTO parent equals “parent representation”.) This is the same school with a principal who has resisted parent efforts to start a Black parent affinity group (despite the fact that this is a district initiative) stating our school is “not ready.”

My daughter was interviewed at a recent march protesting the Trump Inauguration. In the interview she said, “We just can’t sit around and do nothing.” Kids (and especially teens) are fine tuned to look for the disconnect between words and actions. She tells me every day, she wishes her school would do more to speak up and stand up for the values posted on the wall.

Unfortunately, my daughter and I are not the only ones observing the cognitive dissonance between what schools say they believe and what they actually do. This disconnect is happening across the country. As Jose Luis Vilson’s (founder of #educolor, and NYC educator) recently wrote:

“Our school leaders have adopted self-preservation over controversy and compliance over the complex nature of doing the work.”

Do Something!: It’s time to walk the walk…

Don’t get me wrong… I’m glad these issues are now visible and folks are talking about racism, misogyny, transphobia, islamophobia, ablism… GREAT!

As you know, I’m a big advocate for talking about equity. It’s a good start. But if that’s ALL your doing… just talking… it’s not gonna cut it. And if the only people you will allow to speak are privileged people, that’s not going to cut it. And if conversations need to be “safe” for White, cis-gendered, English-speaking, (you get the picture) people, that’s not going to cut it either.

If YOU are a member of a privileged group, if you are talking but AREN’T DOING anything to change systems oppression, YOU are a part of the problem.

And just so you know… the YOU I’m referring to, also includes ME. We are ALL a part of privileged groups. And as members of privileged groups we ALL have to get engaged and get our hands dirty, and roll up our sleeves and at the very least get uncomfortable and get to WORK!

Do Something!: Some final thoughts…

So where do we go from here? I’ll leave you with a poster that I think says it all.

We commit to resisting racism and bigotry by interrogating our own histories, listening, and taking action.”

(Click here to go to the artist, Kate DeCiccio’s website and click “contact” to email and request a Pdf file. Or order a poster here. Post it on the walls of your child’s school, workplace or neighborhood public space… Then DO SOMETHING!)

So what do you think? How are you going beyond SHOWING support to TAKING ACTION? What resources or ideas can you share with other parents and educators?

“Don’t Just Show Your Support – Do Something!” Related reads: 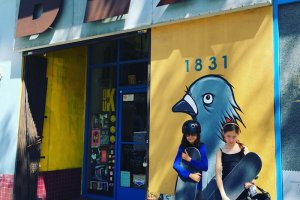 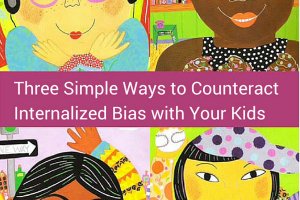 How do you prevent your child from internalizing the racist messages that are so prevalent in our society? Here are three simple ways... 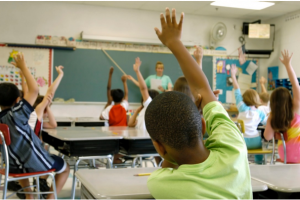 My "great idea" of bringing Black families together was not met with open arms by all staff at my daughters' school. Despite some initial pushback, though, I'm starting to see positive change.