These past few week, in the wake of state-sanctioned violence rolling across our social media feeds, it is easy to feel apathetic. Seeing the recent “not-guilty” verdict (and recent settlement/hush money) for the blatant murder of Philando Castile, an innocent man who was pulled over last year and shot in front of his girlfriend and her four-year-old child for no apparent reason other than the fact he was Black, is traumatizing enough. All the while CNN describes Otto Warmbier, a privileged white dude who blatantly (and stupidly) snuck onto a restricted floor of his hotel and stole a political poster while on a visit to North Korea, as a “bright” young man ready to set the world on fire.”

Nonetheless, after Carleena Lyles joined the ranks of Black folks lives that didn’t seem to matter, I pushed myself, once more to speak up. Leslie Mac, an activist and co-creator of Safety Pin Box explains why it’s important, now more than ever, to talk about state-sanctioned violence against Black people, and especially cis and trans women, in a recent essay, titled “Black Women Are The Only Ones Showing Up for Black Women” she states:

“Lack of support for victims of police violence who are black women has been a persistent issue for a long time. Black women are taking the lead in the current movement for black liberation, while also being ignored and pushed aside when our deaths occur.”

On that note, I’m reblogging a post by Tula Jeng, who was able to find the words I couldn’t. We need to keep showing up and speaking up for our Black sisters. If you, like me, have struggled to find words, use these and #SayHerName.

Charleena Lyles was a pregnant mother of three living in Seattle. She had a mental health diagnosis. Last weekend, she was killed by two Seattle police officers after calling them for help.

People with mental illnesses and disabilities are killed by police at disproportionately high rates. The risk of being killed by police is 16 times greater for individuals with untreated mental illness compared to other civilians. Police also kill African Americans at rates significantly higher than the rest of the population. The officers who shot Lyles are white. (source The Guardian http://bit.ly/2sLq0Fm)

We need to hold our law enforcement and ourselves responsible as a community. We cannot ignore that this is a race issue. When you don’t speak about it because “it’s uncomfortable,” or “it’s too sad,” or because it’s not happening in “our neighborhood,” it’s time to examine your own racism (yes, you have it) and how “silence = death” applies to your own inaction. This is an epidemic, it’s systemic, and it can change, but not until we examine why we continue to let it happen. The poor training, incompetence, and lack of respect for black lives within law enforcement must change. Our system is broken.

And, if you do not think racism and profiling is happening in your neighborhood, I can tell you stories about black friends who have been pulled over, harassed, roughed up, and had guns pointed at them in the neighborhoods of Silver Lake, Hancock Park, and Santa Cruz. NEIGHBORHOODS THEY LIVED IN.

Does #blacklivesmatter still not make sense to you? Is your immediate reaction #alllivesmatter or #bluelivesmatter? If so, then it’s time for some self-reflection and an examination of your own racism (yes, you have it). Start with this article: http://nyti.ms/2sM1h3T

I write this not to shame people, but to hopefully awaken them. I’m still learning and growing. I struggle with bias, prejudice, and racism (yes, I have it). I get called out and have to learn and unlearn.

When you marched “for women,” I hope you marched for all women — Black, Latinx, Asian, Muslim, Trans, disabled, poor, immigrant, non-English speaking. To quote the Women’s March: “We ask all our supporters — but particularly our white supporters — to show up for Black folks in the fight against police violence as fiercely as you showed up on January 21. ”

Until that day comes, not much will change. In fact, it will get worse under the current administration who refuse to acknowledge that Black Lives Matter.

In the meantime, you can help support Charleena’s three surviving children here: https://www.gofundme.com/bdgbc8pg

Charlenna Lyles. Say Her Name. Over and over again. #SayHerName

(art by @micahbazant and @vilissathompson of Harriet Tubman Collective.) #BlackLivesMatter

It’s time we listen to wise Black women… and actively invest in their work. You can start by following @nkemndefo on Instagram, the author of this quote. Or go to Tre Los Angeles to learn more about her work healing trauma.

How are you showing up for Black women? Share your ideas in the comments below. 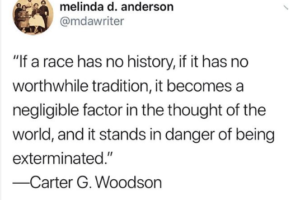 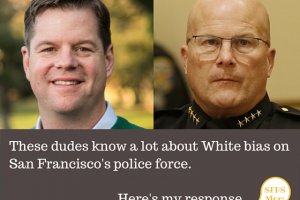 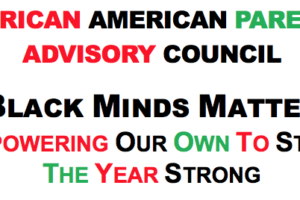