Bayview Families Speak up about Charters

For several months now, parents, community members, and labor leaders in San Francisco have been pushing back on a billionaire-backed “astroturfing” organization that has received hundreds of thousands of dollars from Walton Family Foundation (think Walmart) and the Silicon Valley Community Foundation (think Schwab, Goldman Sachs, etc.) to “organize” and “innovate” public education in the Bay. Under the guise of a grass-roots Black/Brown family empowerment organization, Innovate Public Schools is engaged in a self-proclaimed “air and ground war” to create thousands of new charter seats in San Francisco Unified School District. Using its million-dollar budget, and a staff of PR, communications, and campaign experts, they have been convening fake parent education events, handing out misleading reports and posting negative Face Book ads about schools serving Black and Brown students.

This spring, KIPP Elementary, a new charter pushed by Innovate Public Schools, defied community organizations, labor leaders and democratically elected Board of Education officials denial of their new charter and went to the state Board of Education for approval for their school. Much of the rhetoric given as a reason for approval of their new school, was that Bayview schools “are failing” and parents are demanding a choice.

Bayview Families Speak up about Charters: These claims could not be further from the truth.

San Francisco Families Union, Coleman Advocates, and other community-based organizations are listening to the true voices of Bayview families and community members. We believe their voices, not voices of Silicon-Valley outsiders need to be heard. Below are three voices from their community:

James Mabrie Jr. is a longtime resident of San Francisco who has witnessed the gentrification and displacement of his community. As James says, Ben Franklin used to be an SFUSD school serving primarily African-American students in the Western Addition. The school has long been shut down. In its place, a charter school remains. Ben Franklin school was located in the Western Addition neighborhood, much of which has been rebranded as Hayes Valley. What many folks don’t realize is charters are mechanisms of gentrification and displacement. What has happened to the Western Addition is now happening in the Bayview. Now Malcolm X is next, as KIPP plans for forcefully co-locate this fall, pushing out much needed programs and services for students.

Bayview Families Speak up about Charters: Parents say they are concerned charters will harm to their children

Parent Nicole Morris, spoke about the important work Malcolm X Academy (MXA) is doing for her kids. She said the school really makes an effort in supporting struggling families and those with IEPs. Malcolm X has seen rapid growth in student academic success. This past year, student achievement in reading at Malcolm X showed a 10% gain in reading proficiency as compared to .8% district wide. As a result, roughly 80% of students are reading at grade-level. KIPP schools have a reputation for pushing out low-performing students. By it’s own account, KIPP middle schools suspend 2x higher rates of Black and Brown students. And even in spite of this, last year, KIPP’s 5th grades scored lower than Malcolm X students. Knowing this, why would we want to displace successful programs and replace them with schools that don’t serve all students.

Bayview Families Speak up about Charters: Parents want a voice in their schools

Parent Rowsan Matautia talks about her positive experience with Malcolm X and negative experiences she had with KIPP schools not serving her English Learner kids. Parents deserve a voice in what happens to their schools. That includes parents in traditional public schools that are negatively impacted by charters who push into their schools and push out programming. Malcolm X Academy will be forced to negotiate a schedule to share lunch rooms, playgrounds and other common spaces. There is also concern that the afterschool program may be displaced.

Charters also do damage to school climate and culture. KIPP and Innovate have been trashing our district’s hardest working schools, and especially those on the Bayview, Mission and Excelsior. Parents report KIPP is cold-calling families at Carver and Malcolm X telling families our schools are “failing” and saying our teachers don’t care. Now imagine being the Malcolm X staff and having to negotiate a shared space with an organization that has actively disparaged you staff, your families and your school. Parents report that KIPP has been cold-calling families and telling them SFUSD schools “don’t care about” their kids. Parents say, “Charters are not welcome in our schools!

Bayview parents and community leaders have been advocating for more investment in their schools. African American Parent Advisory Council (AAPAC) co-chairs spoke up at a recent board meeting, stating they support parents in choosing public, private or charter options. Nonetheless, they do not need any new charters in the Bayview. Instead, they want more investment in their current schools.
Community leaders working in the area of college and career success agree. Longtime Bayview resident, Diane Gray, executive director of 100% College Prep recently wrote about the negative impacts of charters on Bayview schools. She states:

KIPP Bayview Elementary wants to push into Malcolm X next year, likely taking over just those spaces that support the school’s most vulnerable children to do much better. This year they’ll be taking over the garden and art classrooms; later, it could be the Wellness Center.

This will likely do harm to Malcolm X’s students. I’m for making our schools better for all students, not just for those students in charter schools.

Rather than depend on outsiders to run our schools, we have organizations that have worked in the schools for many years – many people like myself who have deep roots in the community. We are the ones who can best advance progress in cooperation with dedicated educators.

Want to learn more about pushing back on charters or supporting Bayview public schools? Go to SF Families Union and sign up on the newsletter to get update, or follow them on Facebook page!

If this was informative, can you please share it? Thank you! 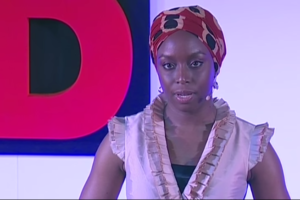 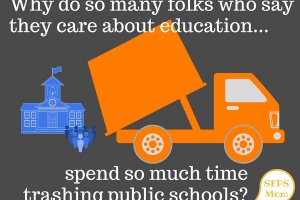 Who profits from a “broken public school” narrative?

Talking about our entire public school system like it's Armageddon is not only overblown, it does a great disservice to the many dedicated students, families and teachers that pour their time, money and hearts into our schools. There are hundreds of tiny miracles happening in our urban public schools each day that never get media attention. It's time we analyzed why the "failing public schools" narrative is so pervasive nowadays. Who profits when public schools fail? 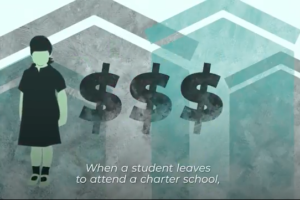 How much do charters REALLY cost?

Even "good" charters come at a cost to our public[...]