The Case of the Art Thief: Thoughts on Cultural Appropriation and Blackness

Posting a little off topic today. But when I woke up I checked my Twitter feed and read an interesting story. It got me thinking about cultural appropriation, blackness and white supremacy. But let me explain…

This artwork by artist, Gelila Metiti Mesfin, was plagiarized by Chicago artist, Chris Devins, who set up a GoFundMe account to raise money to paint a mural using Mesfin’s work. He even offered to send donors who gave more than $100, a signed limited edition print of “his” mural!?!

The original artist was never asked for her permission. (Devin claimed it was “found art”.) She only learned out about the plagiarism via notification by her followers.

Some people think Black folks are too-sensitive when we make claims of cultural appropriation. Or, they say we’re go over the top when we continually complain that Black people have never gotten enough credit for their inventions, scientific advancements and artistic contributions to American culture (read: rock and roll.)

What these people don’t understand is the long, long history of White folks profiting not only off of Black folks bodies… but their intellectual and creative labor.

Look at Paula Dean, who built an empire selling soul-food. She not only made money selling Black cuisine, she profited off of the culinary expertise of her Black cook, Dora Charles, who was the “queen of Deen’s kitchens” for 20+ years.

Look at the Jack Daniel’s distillery. After years of hiding the truth, the company decided to reveal the real Jack Daniel’s story. Contrary to original accounts, Jack Daniels’s didn’t learn whiskey making from a White preacher, but from an enslaved man, Nearis Green. It turns out enslaved people didn’t just make up the bulk of the whiskey making workforce, the knowledge they brought with them from Africa about the fermentation process was critical in creating the American whiskey industry we know today.

Look to the cultural appropriation of Black women’s hair via Rachel Dolezal, and Kylie Jenner, and all the f*cking Etsy crafters making money selling “luxury custom hand-felted” wool locs. (Seriously… this is a thing. ?) 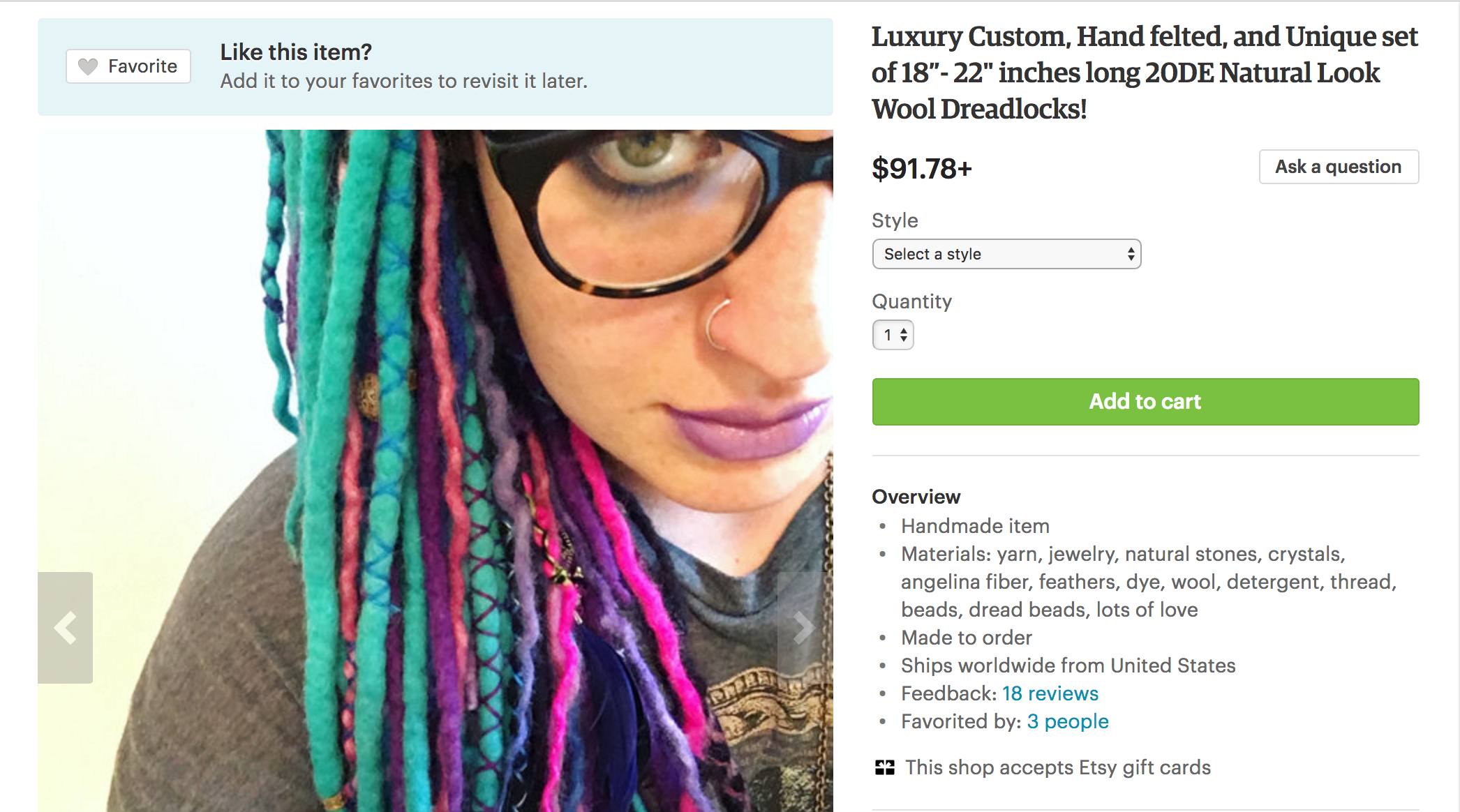 Getting back to the story about the “art thief”. The plot thickens… As it turns out, when folks started calling out Devins online as a white male artist who plagiarized the work of a Black female artist. He wanted everyone to know: He’s Black.

Some of you keep trying to make Chris Devins white. He’s Black and he stole a Black woman’s art…

So… Is this an example of Black folks going over the top to blame white culture for something it clearly has nothing to do with?

Reading though Devins’ pseudo-apologies, it is easy to see why folks made the false assumption he was white—he used white supremacist arguments in his defense. Scroll through his TL and you will see he is currently calling his critics “reverse racists”, HS dropouts, and Black feminists. My favorite response has been insinuating his “haters” are all hypocrites because “you people” do this kind of thing all the time when you sample (rap) music. Really?!?

Your career coulda survived this #chrisdevins But dogwhistle disparaging ppl who called out ur plagiarism? Goodluck w/those student loans. pic.twitter.com/utu9L2oc0S

It just goes to show, you can be Black and still feel justified in profiting from cultural appropriation (and plagiarism). You can also be Black and use white supremacist narratives in defense of your profiteering. :/

Back in the day, when the question of crediting creators came up, it was just one person’s word against another’s. Thank goddess we live in an age of social media. As this story shows, things are different this time around. This time we have receipts (read: screenshots.)

All the Tweeps out there should follow the hashtag #chrisdevins and call for a REAL apology and compensation for the original artist. Then go follow @thick_east_african_girl, to support and promote her amazing work.

These are my thoughts. Share yours in the comments below. 🙂

Omicron is here—What SF families can do to stay safe.