In honor of Black History Month, I’m reposting this previous series. A few years ago, (2015 to be exact!) I challenged myself to write 28 posts highlighting African-American History. This year I finally reached my goal!!! Check out my original post below which appeared on February 2, 2015. To see more posts in this series, click here.

As a woman of color attending elite private universities (U Penn and NYU) during the late 80’s and early 90’s, I felt very isolated. Tired of being called “ethnic” by many of my sheltered peers and uninspired by much of the curriculum, it was a struggle to complete my Bachelor’s Degree.

When I found Alice Walker’s collection of essays, In Search of our Mother’s Gardens, it changed everything. Her essays and poems connected me to a community of folks I had not known existed before: a world of successful, intellectual African-American authors, artists and thinkers. For the first time, I no longer felt alone.

This quote, from an essay in this book, titled “The Unglamorous but Worthwhile Duties of the Black Revolutionary Artist, or of the Black Writer Who Simply Works and Writes” explains my experience and the experience of many Black Americans, specifically where school is concerned:

“So for the past four years I’ve been in still another college. This time simply a college of books–musty old books that went out of print years ago–and of old people, the old black men and women I could find, and a college of the young; students and dropouts who articulate in various bold and shy ways that they believe themselves to be without a valuable history, without a respectable music, without writing or poetry that speaks to them.”

Alice Walker’s writing inspired in me a thirst for knowledge. And, like Alice Walker, the more I learned, the more I wanted to share my discoveries with a next generation.

It is because of her, and other amazing writers like bell hooks and Paolo Freire that I am an educator today.

Now is your chance to learn about the life and career of this great contemporary American author and activist, who turns 70 this month. This Friday, PBS will screen a documentary about her life titled, Alice Walker: Beauty in Truth by filmmaker Prathiba Parmar. Check out a preview for the new film below or watch the full-length film here.

My homework assignment: Inspired by an SNL’s skit, I challenged myself to write 28 posts highlighting African-American culture and heritage (roughly one for each day of the month)… Do you have a great resource to share? Post it in the comments or email me! 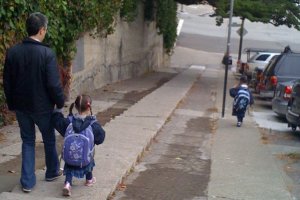 The Application Paperwork Is In… Now What? Getting our Kids Ready for Kindergarten.

After months of researching elementary schools, going on tours, and basically talking the issue to death with my husband, we finally got it together to submit our application paperwork for a local SFUSD Kindergarten.... Now what?

Looking for More Great YA Books?

The wonderful thing about the Internet is there is so much out there. Lately, I've been feeling the love for all the wonderful educators and parents who are sharing all the great literature that is out there for teens today. Here are a few of my favorites YA book reviewers of late with a little bit about them from their websites. 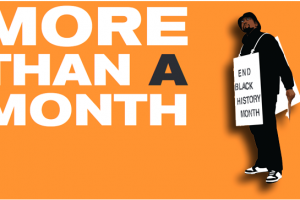